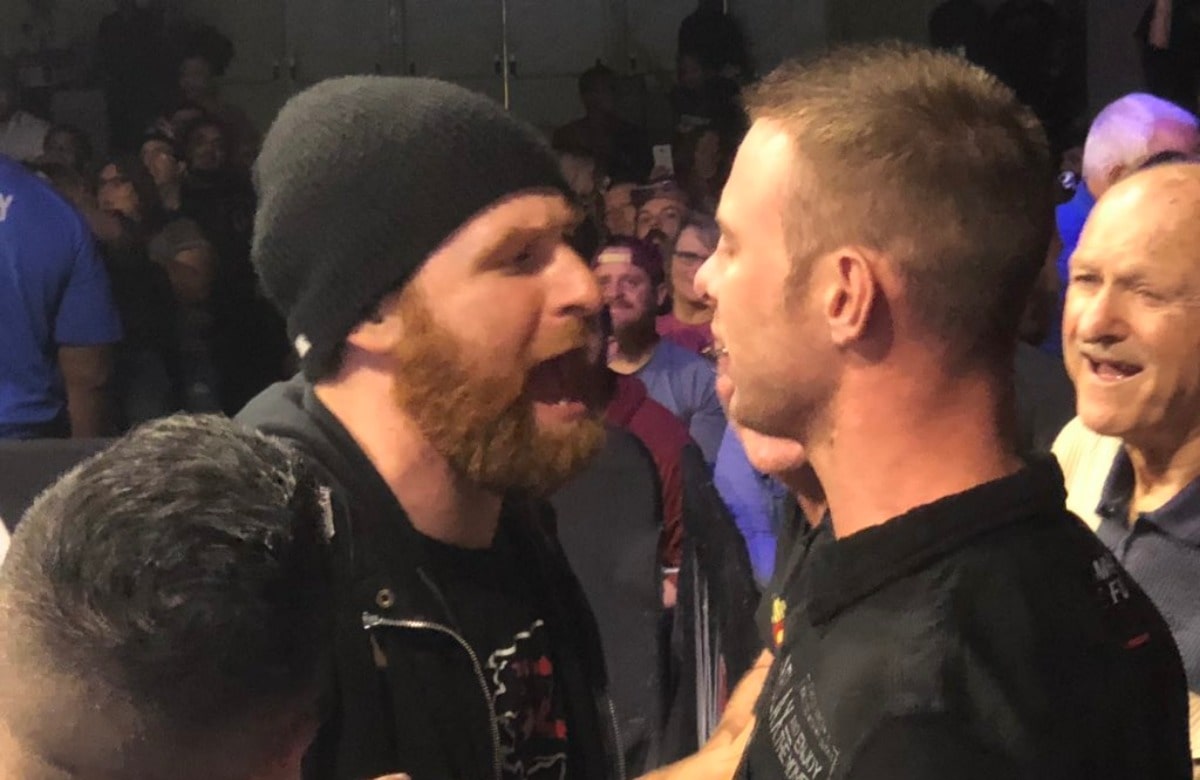 At last night’s WWE Daytona Beach house show, a so-called fan was repeatedly calling Sami Zayn a “Canadian Fa**ot.” Zayn would confront him over it, with Twitter user @JohnBetz filming the incident.

It’s hard to make out precisely what was said, but Zayn can clearly be heard calling the individual a “homophobic moron.” Inevitably the fan ended up being escorted out of the building by security.