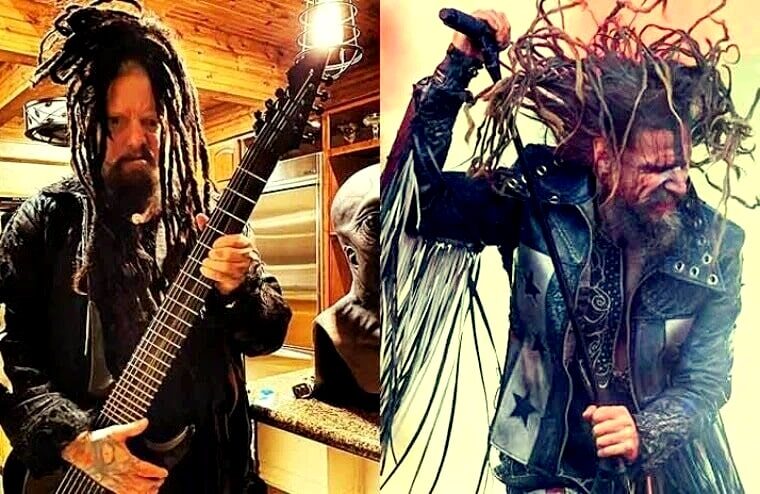 Guitarist Mike Riggs performed on some of Rob Zombie’s most celebrated albums including “Hellbilly Deluxe” and “The Sinister Urge.” He exited Zombie’s band in 2003 to pursue his own project with Scum of the Earth as guitarist and lead vocalist. Riggs used to fill his clear guitar with pig’s blood, and halfway through the show, he would uncork the blood and drench himself, sometimes spitting it into the crowd. Riggs recently spoke to Ultimate Guitar, and he had other gruesome ideas for his transparent guitar, but Zombie nixed them.

So I came up with the idea of a clear guitar you can put different stuff in … originally I had a ‘dead’ albino snake I was going to put in it, and I had the idea to add rotten meat that would fill up with maggots and I believe Rob said something like ‘it’s going to stink up the trailer’ or something like that … So it ended up being blood and that worked out best since it gets the audience involved and covered in blood. Originally, I used blood that I would buy from a meat packing plant in Austin, Texas.Mike Riggs

Zombie has been hard at work on his reboot of “The Munsters.” He announced earlier this week that Pat Priest will star as Marilyn Munster. Priest portrayed Marilyn on the 1960s  series after original actress, Beverley Owen, left after 13 episodes. “So many of you have been asking…. “What about Marilyn?” Zombie posted on Instagram. “Well, here she is! PAT PRIEST is now officially part of the new MUNSTERS movie. For once the rumors are true.” The original Eddie Munster, Butch Patrick, also shared new details on the movie’s length in an interview with the 20TIMinutes podcast. “This movie is going to kill in a really good way. It’s a very long movie, it’s like 2 hours and 38 minutes … but I’ve seen footage and I’ve seen where he’s going with it and it’s going to be great, it really is.”