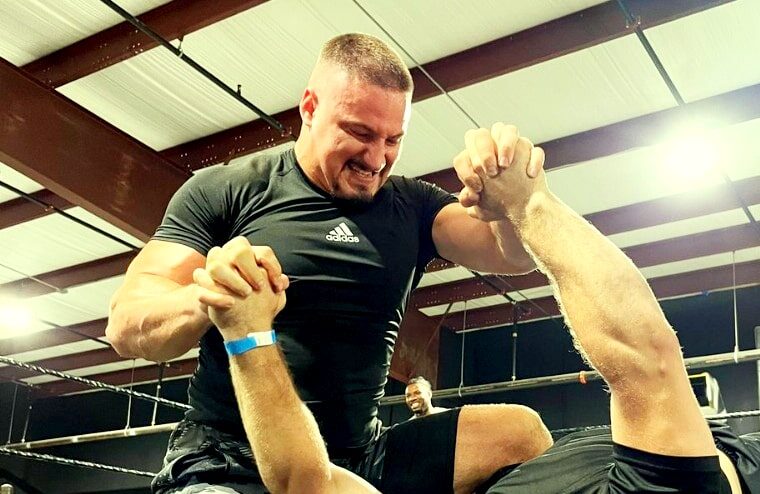 In 2020 Bronson Rechsteiner, the son of Rick Steiner, who was previously with the NFL’s Baltimore Ravens as an undrafted rookie, had a WWE tryout. It was a no-brainer for WWE to look at the 6ft 230lb athlete based on his proven sporting ability and who his father and uncle are. Later, during a media conference call ahead of NXT TakeOver: Vengeance Day, it would be confirmed by Triple H that the 23-year-old had been hired.

With an NXT revamp coming next week, it is believed fresh talent will soon be introduced to the show, with Rechsteiner among them. Based on his college and NFL career, it had been assumed that he would be going by his real first name and the shortened version of his famous surname. However, he has now updated his social media accounts, confirming that he will be wrestling with the ring name Rex Steiner.

Since signing with WWE, the second-generation wrestler has been training at the Performance Center and made two brief cameo appearances on WWE television. The first was as a zombie during the much-maligned lumberjack match between The Miz and Damien Priest at WrestleMania Backlash. The second was as a security guard trying to restrain Samoa Joe, and he was put in the Coquina Clutch.

WWE likely has high hopes for Rechsteiner because he is a high-caliber athlete and has grown up around the business. However, being the son of a legendary second-generation wrestler doesn’t guarantee success, as the careers of David Flair, Ray Gordy, Scott Putski, and Shawn Stasiak prove.