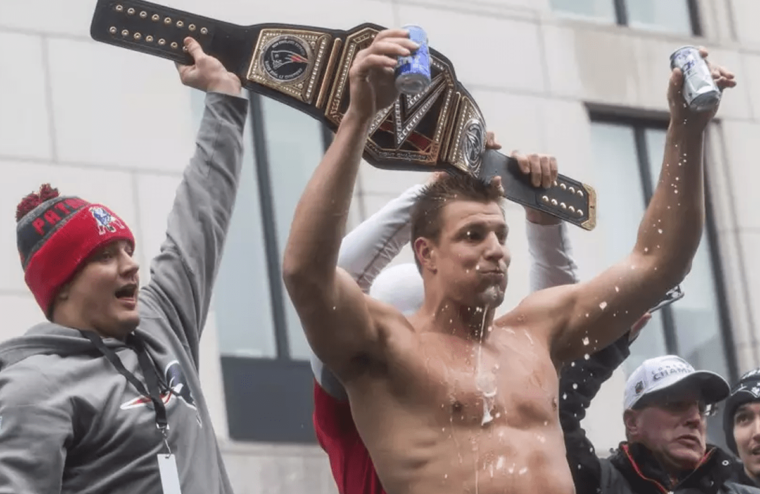 There has been speculation ever since WrestleMania 33 when Rob Gronkowski got involved in the Andre the Giant Memorial Battle Royal helping his friend Mojo Rawley that he was destined to wrestle.

Well, it seems that it could actually happen as the retired New England Patriots player said during a press conference for Abacus Health Products:

“With wrestling, I don’t feel like I would be a full-time wrestler, but there is one thing I’m down for, and that’s to do one crazy match. Practice it for a little bit, go out there, like in a Royal Rumble, go out there, I got my friend in WWE, practice it and do a full-on WWE match. I’m not saying when. Maybe five years. I got the rest of my life to do that. I’ve always dreamed about doing that, just one time, going in there and going full out. That may be a possibility, one time, down the road.”

Back in February in an interview with SI.com’s Triple H made it clear that the WWE is an option for Rob Gronkowski.

“Gronk has mentioned WWE before, that he loves it and said had so much fun doing it. I don’t know if it’s something he’d be seriously interested in, but that’s how the conversation started with Ronda Rousey, too. Certainly, the door is open for him at WWE.”

Gronkowski is only 30 years old, so time is on his side.