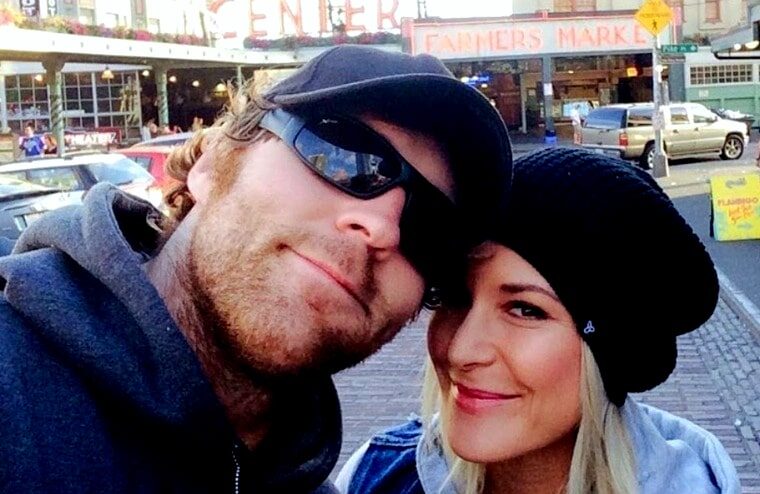 One of the benefits of wrestling for AEW over WWE is talents get to wrestle elsewhere. This attitude from Tony Khan has led to some of his wrestlers making significant extra income, especially when wrestling for New Japan. While not every wrestle on the roster opts to do this, one of those who does take advantage is Jon Moxley. However, instead of filling his diary with high-paying indie gigs, he has begun returning to his roots and wrestling in hardcore and deathmatches.

This past weekend Moxley would retain his Game Changer Wrestling Championship in a brutal match against Nick Gage, which featured barbed wire, light tubes, glass panes, and pizza cutters. While appearing as a guest on Busted Open Radio, Renee Paquette, who has been married to Moxley since 2017, has spoken about how she feels about her husband competing for in this controversy and often dangerous match style.

Obviously, it’s really hard to watch. I don’t even really know how to put it into words. You’re watching your loved one, my husband, doing this insane sh*t. You see him bleeding that much, you see his back torn up. It looked like ground beef. He walked in the door yesterday. By the time he got home, I’d never seen him look worse. So it’s hard to watch, it’s hard to see him go through that.

Also, he retained the championship. So what does that mean? Does that mean there’s more of this? That’s kind of where my head goes. It’s stressful, it’s really hard to watch. It’s hard to see him bleeding that much and the thick panes of glass. How many light tubes? Is it in his eyes, is it in his lungs? This is some of the stuff that just kind of goes through my mind while I’m watching him do this.

Before joining WWE’s developmental territory FCW, Moxley wrestled for seven years on the independent circuit and built a cult following during that time. A big reason for this came from wrestling in hardcore and deathmatches in CZW and IWA Mid-South. Obviously, he enjoyed this style, and it wasn’t just a way to get noticed, or he wouldn’t be competing in them now. Luckily though for him, he has a very understanding wife, who, for the time being, at least tolerates his love of wrestling this unique style.