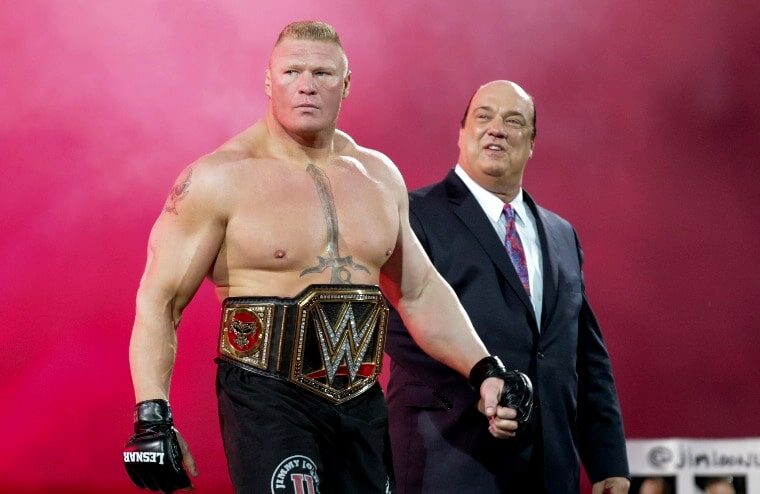 In June 2019, Vince McMahon made Paul Heyman an instrumental part of WWE by giving him the role of executive director of Raw. During that time, he gave several talent opportunities such as Andrade, Zelina Vega, Aleister Black, Murphy, Apollo Crews, Humberto Carrillo, Akam, and Rezar. However, Vince wasn’t overly impressed and replaced him with Bruce Prichard one year later. He is still a talent and is aligned with Roman Reigns on SmackDown, but it would be understandable if he were disgruntled with McMahon and WWE. However, speaking to Ariel Helwani on his MMA Show, he revealed he has no hard feelings, and it ended with a handshake and a hug.

Apparently, on that day on that given time and given moment, Vince didn’t wake up that morning thanking whatever deity he subscribes to that Paul Heyman was in charge of Raw. We left with a smile, a handshake, and a hug. Absolutely no harsh feelings and actually better feelings about each other because of the way that it ended because it’s ended miserably before.Paul Heyman

Heyman was also asked about Brock Lesnar, who is currently a free agent, and whether he would consider returning to WWE.

It depends on if there’s a worthy challenger and enough box office appeal, right now, he’s very happy being a farmer and a magnificent father to his children. However, if there’s something that WWE can offer that intrigues, motivates, or inspires Lesnar, and if the money is right and the business is solid, I’m sure he would be willing to do it.
Paul Heyman

Lesnar usually does well when it comes to negotiations with WWE, and once WWE can run in arenas and stadiums again, his phone will likely ring. In terms of box-office attractions and worthy challengers, he has a ready-made opponent in Roman Reigns due to the Heyman connection, and a babyface Lesnar would be something different. Alternatively, a feud with The Fiend would likely pique fan’s interest and be a fresh matchup.