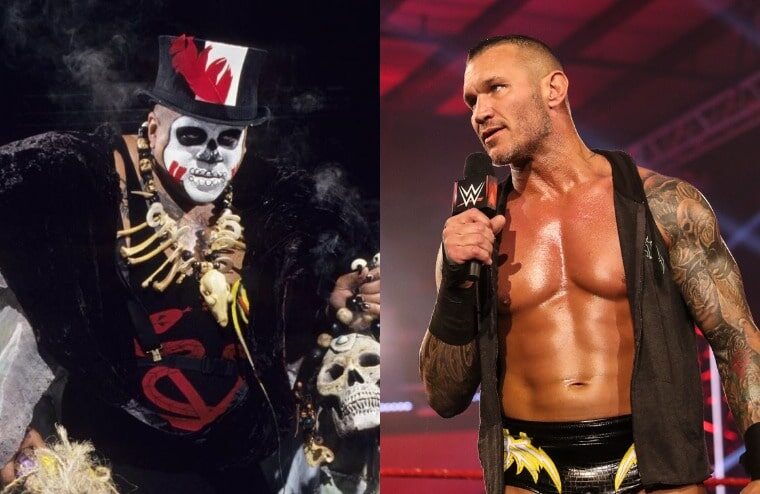 Randy Orton is currently feuding with The Fiend, who he set alight back at TLC in December. With The Fiend now selling being burnt alive, Alexa Bliss is tormenting Orton in his absence. This week, while Orton was cutting a promo about being distracted and unable to focus on challenging the WWE title, he would begin spitting up seemingly the same black liquid that dribbled from Bliss’ mouth earlier this month.

Fans across social media started harkening back to 1992 when the Ultimate Warrior had a spell cast on him by Papa Shango and began having a similar black liquid run down his face. This resulted in “Papa Shango” trending and fans mocking WWE for rehashing a terrible concept. If you happened to miss Raw’s 2021 version of the segment, you can watch it out below.

For those unfamiliar, Papa Shango was a gimmick portrayed by Charles Wright, best known as The Godfather. Upon entering WWE, Wright would wrestle as Sir Charles in 1991 before becoming Shango, a face-painted voodoo priest in January 1992. He’d get off to a strong start defeating the likes of El Matador, Jim Duggan, and Virgil before working a program with the Ultimate Warrior that played out mostly on house shows.

The gimmick was not over with fans, and readers of the Wrestling Observer Newsletter in 1992 voted Shango the worst gimmick, most embarrassing wrestler, and the feud with Warrior the worst of the year. Thankfully for all those watching at the time, Pat Patterson pushed for the gimmick to be dropped. Wright’s final WWE appearance as the Shango character would come in October 1993 following several house show defeats to Bob Backlund. In 1997 WWE did consider bringing the character back and had a makeup and wardrobe test, but wisely Vince McMahon decided against it.