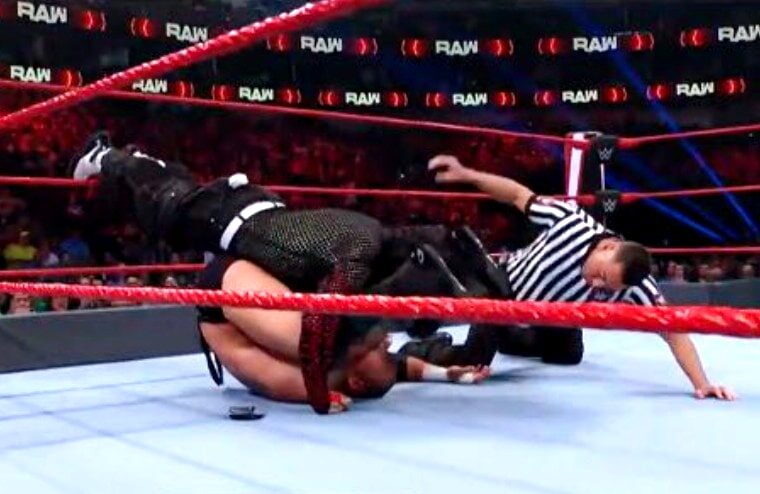 Karrion Kross has been having dark before both Raw and SmackDown since late June and wrestled Shelton Benjamin on Main Event. The belief was WWE management wanted to see him up close, rather than just watching him in NXT ahead of his full-time main roster callup. Surprisingly in these matches, his valet Scarlett hasn’t been by his side. Still, it was assumed that would be rectified once he appeared on Raw or SmackDOwn due to them being such an effective double act.

However, during this week’s episode of Raw, Kross would appear on the show for the first time since working as an enhancement talent and was without her. With it being his 36th birthday, it could have been a special night for the NXT Champion competing in front of more than at any other time in his career. Unfortunately for him, he would be defeated by Jeff Hardy in less than two minutes, ending his 15 month undefeated run in WWE.

Many fans and critics on social media were disappointed with this, as while Hardy is an all-time great, he has been somewhat of an afterthought in recent months. The former WWE Champion’s stock is near an all-time low, having suffered defeats to Veer, Mustafa Ali, John Morrison, Jinder Mahal, and The Miz this year.

Kross was expected to become a massive star on the main roster, and while he still can be, this situation doesn’t bode well for him and has taken the shine off the NXT Championship. But, of course, one defeat doesn’t equal a burial, and Hardy’s victory was less than emphatic as he had his feet on the ropes. So Kross’ callup can still be turned around if he becomes a decisive victor in a feud against Hardy.