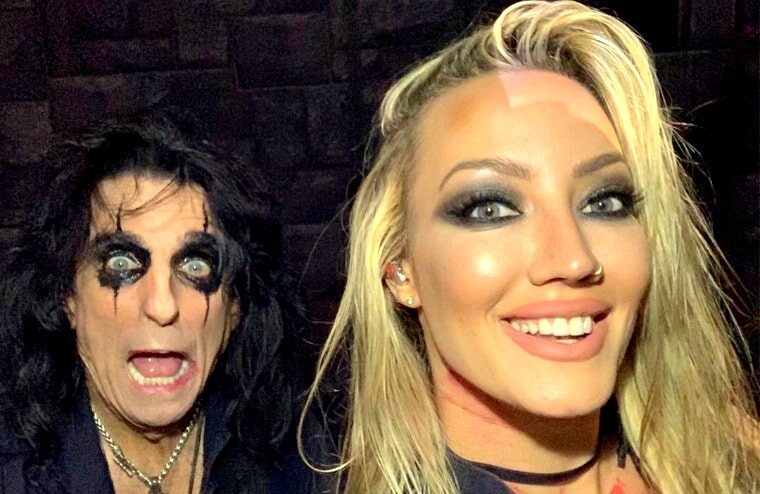 While an acclaimed solo artist, guitarist Nita Strauss has been touring with Alice Cooper since 2014, and last week she was on the road with him in Pikeville, Kentucky. During the opening set, they would be performing the iconic “Feed My Frankenstein,” and Cooper would hit his cane on the stage. Unfortunately, a piece broke off and hit Strauss, which you can watch below.

Like a true pro, she would not sell the impact and continued her performance. Thankfully she was uninjured and has since taken to Instagram acknowledging the freak accident, saying, “All in a day’s work on an Alice Cooper tour 🎩 no real harm done 😆🙏🏻.“