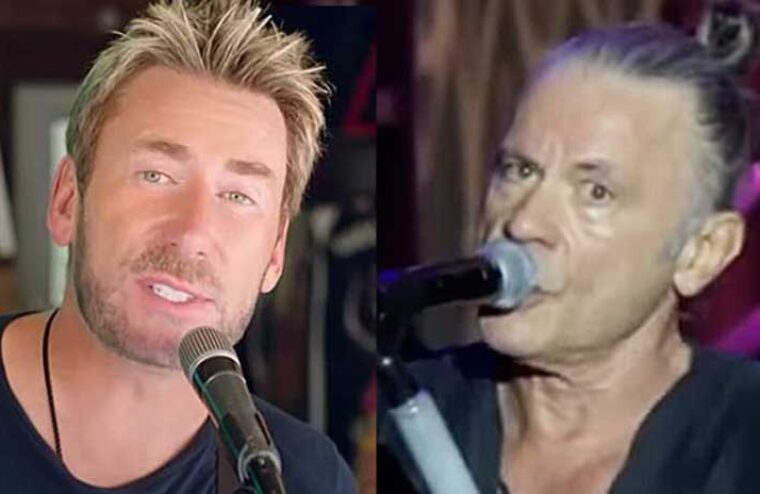 Back in September, Iron Maiden singer Bruce Dickinson made news when he publicly admonished fans for smoking weed during one of the band’s concerts.

“I don’t know what it is,” the singer told the crowd, as seen in a YouTube video. “There’s so many f*cking people smoking so much f*cking dope down here, I’m amazed you can even see. Poor old Steve [Harris, Maiden bassist]. I don’t know if you know, but he absolutely f*cking hates marijuana and the smell of it, all right? So when he’s trying to play bass, it f*cks him up. It f*cks me up. I’m a singer, all right? So duh.“

“I would just ask for a tiny bit of respect,” he added. “If you want to go get completely stoned out of your f*cking mind, go out the back and do it. All right? Otherwise you’re going to end up like this f*cking knucklehead here going ‘uhhhh.’”

In a recent interview, Nickelback singer Chad Kroeger was asked if it bothered him when fans smoke at their shows.

“No, I usually say, ‘Blow it this way,'” the singer said laughing in an interview with Loudwire. “You can see, if I’m walking across the stage and I’ve got the microphone, I turn around and go, ‘Whoa, something smells really good right around here!’ I mean yeah, that’s what rock concerts are supposed to be. You’re supposed to get a little bit of that.”

“Well not only that, we’ve shot off so much pyro, and the chemicals I’ve inhaled from that… Oof. That’s far worse than somebody exhaling a little bit of pot smoke toward me, that’s not a big deal,” he continued. “It’s only gonna make the show better!”

Hatebreed frontman Jamey Jasta also took to Twitter recently respond to Dickinson’s complaints. “Bruce Dickinson if you read this. Hi. You’re a great vocalist/frontman. We took your son’s band on tour. Hope you are well. Just so ya know. Lots of people like to smoke weed at outdoor concerts. WHAT DOESN’T ANNOY YOU BRO?!?! Besides flying planes? Lol you might need a puff or 2”.