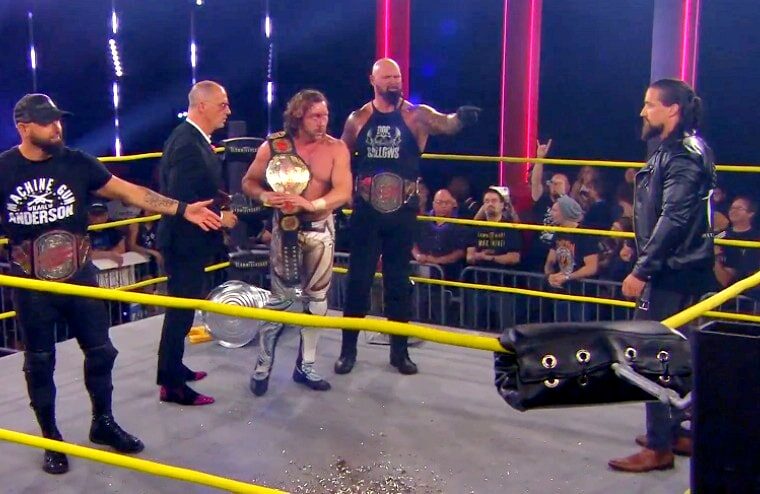 Last night was the 17th annual Slammiversary event for Impact Wrestling, and like last year the company had been promoting multiple surprises. Fans had been speculating since WWE began releasing talents who would appear, and with Impact Wrestling having a working relationship with AEW and New Japan, it made it hard to make any predictions.

During the second match on the PPV, the first surprise would come with Chelsea Green, who last wrestled for the promotion as Laurel Van Ness teaming with her fiancé Matt Cardona. The couple would defeat Brian Myers and Tenille Dashwood, who herself once was in a relationship with Cardona. Green had made an appearance just last weekend for Ring of Honor and is scheduled for their upcoming Women’s Championship tournament, so is working for both promotions.

Then during a multiple-team Impact Tag Team Championship match, won by the Good Brothers, former WWE talent, No Way Jose would debut as Fallah Bahh’s tag partner. His name in Impact is “No Way,” as WWE owns the trademark for the name with Jose included. However, Impact accidentally referred to him No Way Jose, which could cause legal issues, should WWE seek to make an issue out of it.

Later in the show, Knockouts Champion Deonna Purrazzo would retain her title against a debuting Thunder Rosa, who, while a regular for AEW, is contracted to Billy Corgan’s NWA. Following the match, Mickie James returned to Impact and invited Purrazzo to NWA’s all-women’s PPV named EMPOWERRR, scheduled for August 28. Purrazzo didn’t officially accept, but seeing as James laid her out with a kick, it’s assumed she will be at the event seeking revenge.

Finally, after Omega’s victory over Sami Calligan in the main event, the lights would go out, and New Japan’s Jay White made his Impact debut. Omega, Anderson, Gallows, and Callis teased Too Sweeting him as White starred at them but would be interrupted by David Finlay and Juice Robinson, who ran in as the show went off the air. Fans in attendance would later confirm that White would hit his Bladerunner move on Robinson before leaving.

It should also be noted that during the show, a short vignette teased the debut of Drama King, with a painting showing “Long live the Drama King.” It wasn’t announced who the character is played by, but the belief is that it’s Matt Rehwoldt who wrestled for WWE as Aiden English. He was released by WWE on April 15, 2020, and since has only completed a handful of times on the indies.