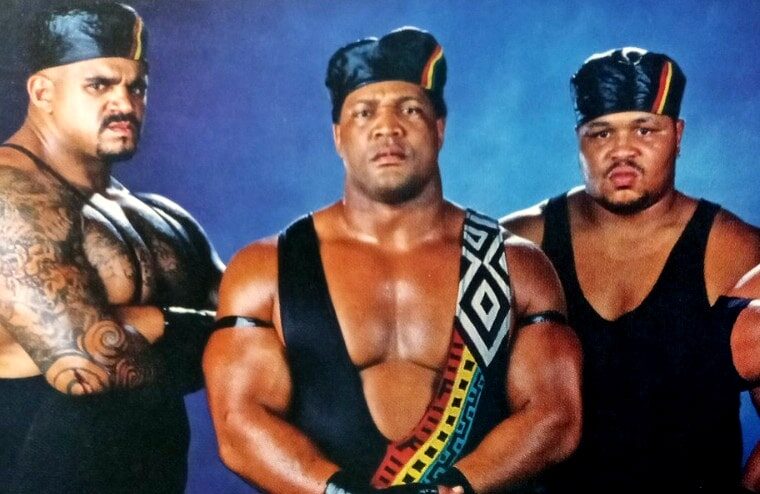 Qatar Pro Wrestling has run a total of 13 since launching in 2013 and hopes to become a player in the wrestling industry, having formed a working relationship with OVW and are looking at getting a television deal. Their last show took place back in February 2020 in front of almost 6,000 fans who got to see RVD, Alberto Del Rio, Enzo Amore, Michael Elgin, and Chris Masters live.

No other shows have taken place since due to worldwide events, but the promotion is running again at the Lausail Sports Arena in Doha, Qatar, with a capacity for over 20,000 people on February 26, 2022. To fill a venue that size, the promoter Ali Al-Marafi needs big names and seemingly has deep pockets because he has already booked Bret Hart, Jon Moxley, Booker T, Sting, Sammy Guevara, Hiroshi Tanahashi, and Will Ospreay.

Additionally, it has now been announced that the event will feature a Nation of Domination reunion with Faarooq, The Godfather, Mark Henry, and D’Lo Brown confirmed. WWE last used the famous 90s faction over 22 years ago, with the first version of the group starting in the USWA back in 1996. The group would then make its way to WWE under Faarooq’s leadership. Over the group’s lifespan, in addition to the wrestlers announced for the show, wrestlers such as Crush, Savio Vega, Ahmed Johnson, Owen Hart, and most famously, The Rock were members.

It will be interesting to see if WWE reacts to QPW using the Nation of Domination name, as previously QPW has aired past events internationally on FITE. This may attract WWE’s attention, who likely could take ownership of the trademark based on prior usage. Vince McMahon had considered rebooting the stable last year with The Hurt Business. He even brought in Mark Henry and Faarooq to be involved, but MVP was against this. Plus, many people backstage expressed the view that establishing a group based on race would be contentious and tone-deaf with what is happening in the world.