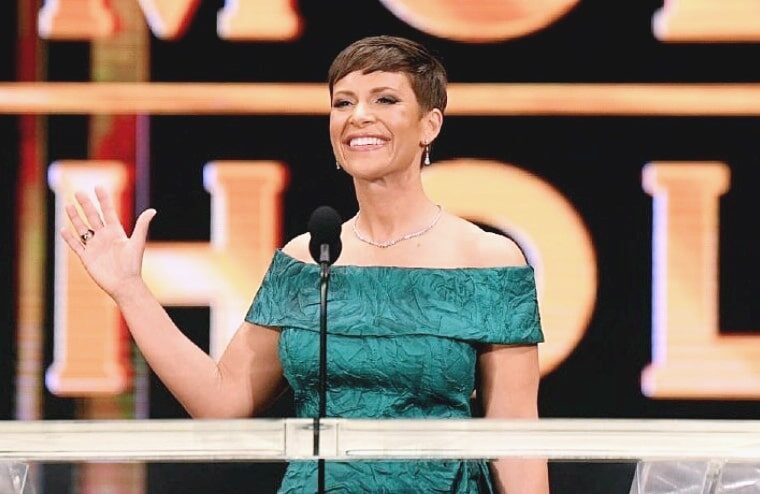 Molly Holly was announced as the first inductee for WWE’s Hall of Fame Class of 2021. While her career was not long, with her semi-retiring in 2005 after only eight years in the business, she was a memorable character that was twice WWE Women’s Champion and held the WWF Hardcore Championship for an hour at WrestleMania X8.

She now trains wrestlers at Ken Anderson and Shawn Daivari’s wrestling school in Minnesota, and being inducted into the WWE Hall of Fame was a big deal for her. Initially, she was told she had 15 minutes for her speech, but after spending around hours rehearsing, she was told she only had two minutes, which she has admitted in an interview with Busted Open left her in tears.

I was told I’d have about 15 minutes to give a speech, so I spent a lot of time and had three friends of mine that are professional writers help me, and I practiced it for like 60 hours. I have a regular 9-5 job, and after work every day, I would practice it while I was going for a walk, and I worked really hard on it, and then a couple of days before, they said, “Oh, never mind, you actually have two minutes to give your speech,” and I cried for like four hours.

“But, here’s the good news, the WWE made it right, and they let me give my speech on their YouTube page. They have like 75 million people that have looked on that. So I was like so hurt, and then I was so happy that they let me thank Dean Malenko and Lanny Poffo and these people that really, really helped shape my career, so it’s been a rollercoaster of emotions for me.Molly Holly

Her full speech was excellent, and it’s a shame WWE treated her as an afterthought. Thankfully WWE did allow Holly to share her speech with fans in its entirety, and as of writing, it has been viewed over 80,000 times on YouTube, and you can watch it for yourself below.