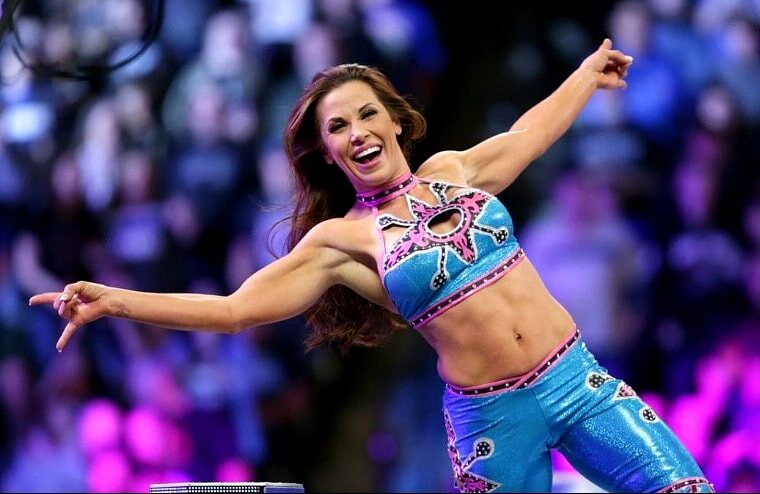 Mickie James hasn’t wrestled since breaking her nose in a match against Zelina Vega on Raw’s September 21st episode. It was believed she’d return in a few weeks, but over three months later, and she hasn’t returned to television. She wasn’t included in WWE’s last draft, so she is currently recognized as an undrafted free agent, but WWE may no longer consider her an active wrestler at all. It now appears she is regarded as a WWE Legend by the company, as this she appears in the advertisement for Raw Legend’s Night as you can see below.

While this classification is not yet official, it does appear the 41-year-old former Divas and Women’s Champion is no longer in WWE’s plans at present. If accurate, it shows how quickly things can change within WWE as back in November, WWE was planning to have her work with Chelsea Green on Raw. The storyline was Green playing an obsessed fan of James, and WWE apparently even filmed some segments. However, WWE scrapped this idea and instead debuted Green on SmackDown.