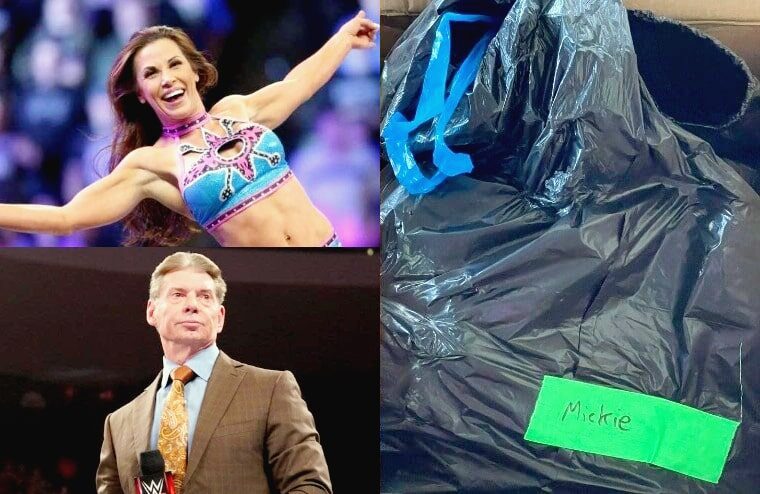 Mickie James was among ten wrestlers released by WWE on April 15th, 2021, and she later exposed in a tweet that her belongings had been returned to her in a trash bag. This resulted in social media outrage, and both Triple H and Stephanie McMahon publicly apologized to her on Twitter. They also announced that the person responsible had been fired. Now, while speaking on GAW TV, she revealed that Vince McMahon also contacted her to let her know that a trash bag wasn’t to signify that isn’t how he felt about her.

He called me on the phone to apologize and to let me know that this isn’t what he thought of me. I tagged Vince in that tweet because he needs to know, because there’s a lot of stuff that happens under his nose that he is completely oblivious to because he’s running a multi-billion dollar company.Mickie James

Following James’ tweet, both Maria Kanellis and Jillian Hall confirmed they had received comparable treatment when let go by the company. So clearly, WWE sending belongs in trash bags has been going on for over a decade, with other members of WWE management teams seemingly unaware.

It’s understood the person let go was Mark Carrano, who was formally Senior Director of Talent Relations and known for appearing on Total Divas. The belief was he was on borrowed time since WWE had put John Laurinaitis in charge of his department, so this was the perfect excuse to let him go.