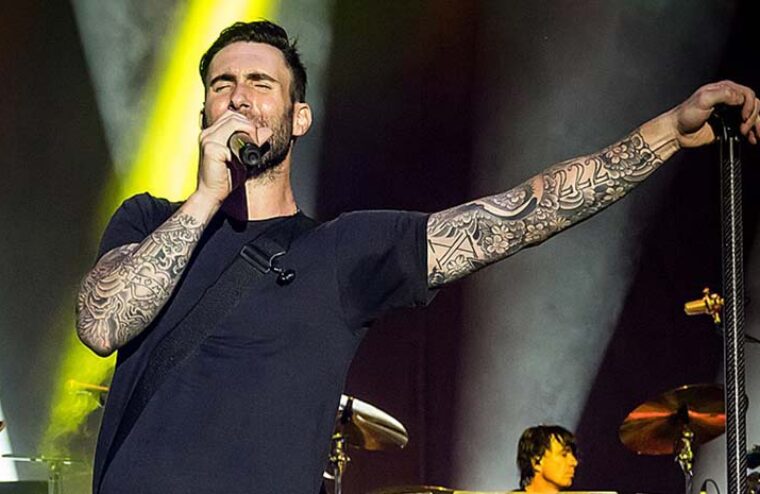 According to the New York Post, an Instagram model has claimed that she and Maroon frontman Adam Levine had an affair. Sumner Stroh said in a TikTok post that she had “an affair with a man who was married to a Victoria’s Secret model.” She said she posses alleged receipts to prove the relationship.

Stroh also claims that Levine wrote to her: “Ok serious question. I’m having another baby and if it’s w boy I really wanna name it Sumner. You ok with that? DEAD serious.” Levine denied having an affair but admitted he “crossed a line.”

“I used poor judgment in speaking with anyone other than my wife in ANY kind of flirtatious manner,” Levine told TMZ. “I did not have an affair, nevertheless, I crossed the line during a regrettable period of my life. In certain instances it became inappropriate. I have addressed that and taken proactive steps to remedy this with my family.”

“My wife and my family is all I care about in this world,” he continued. “To be this naive and stupid enough to risk the only thing that truly matters to me was the greatest mistake I could ever make. I will never make it again. I take full responsibility. We will get through it and we will get through it together.”

Summer claims she was tricked into having an affair with Levine when she was “young” and “naive,” and that she feels exploited. “Embarrassed I was involved w a man with this utter lack of remorse and respect,” she captioned the video in which she spoke about the allegations. “At the time, you know, I was young, I was naive. I mean quite frankly, I feel exploited,” she said of their alleged relationship. “I wasn’t in the scene like I am now, so I was definitely very easily manipulated.”

Her TIkTok video came just a few days after Levine’s wife, Victoria’s Secret model Behati Prinsloo, announced the couple’s third pregnancy. Levine and Prinsloo have been together since 2012. They split briefly in 2013 but announced their engagement a few months later and tied the knot the following year.

“I was like ‘I’m in hell,’” Stroh said of Levine’s alleged question about naming a child after her. “I have to be in hell at this point.” In a later Instagram Story Stroh said: “Aware people are going to try to fill in the gaps with many false assumptions. I don’t feel like I’m doing any favors considering the manner this had to go about. It’s a lot to digest but hopefully, at the very least, the truth being out can do some good.”

Stroh later went back and forth in the comments section with TikTok users about the claims.