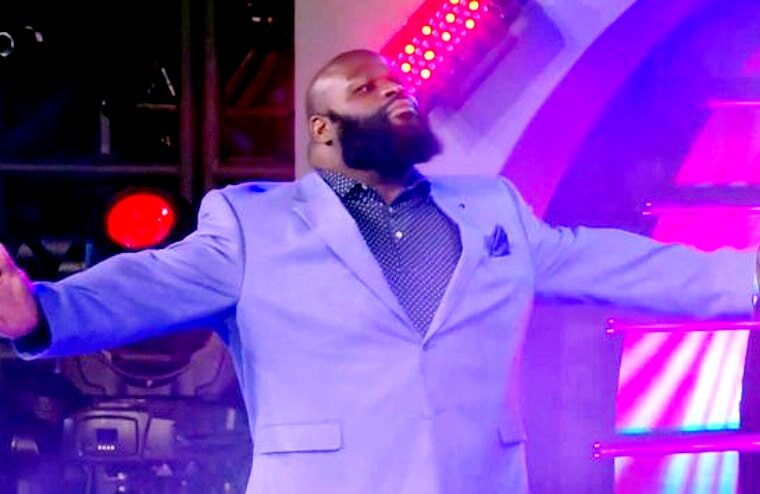 Tony Schiavone shocked fans worldwide when he introduced Mark Henry at Double or Nothing as an upcoming analyst for the AEW’s upcoming show named Rampage. The WWE Hall of Famer had been attached to the company since 1996 and looked to be a WWE lifer. However, the same was thought of Paul Wight, who also jumped to AEW this year.

While his primary role is set to be behind the commentary desk and be a familiar face to those checking out AEW’s new show, it’s also believed he will step into the ring. He has previously revealed he wanted to compete again, saying his motivation was to catch Wight’s wrestling record of competing in four decades. And now in an interview with the Battleground Podcast, Henry would confirm he will be wrestling in AEW, but it won’t be imminent.

Well, it’s definitely gonna happen in AEW. It’s not gonna be anytime soon, I think. I want to be 100%. I’m still nursing injuries from four years ago. Like wrestling business is a tough business, it’s not meant for everybody.

Henry’s last singles match took place in February 2017 when he lost to Braun Strowman on Raw. Since then, he has wrestled in the Andre The Giant Memorial Battle Royal at WrestleMania 33 and the Greatest Royal Rumble match in 2018. While not ever officially retiring, it was thought his in-ring days were behind him. However, he clearly feels he has something left in the tank and will resume his in-ring career in an AEW ring.