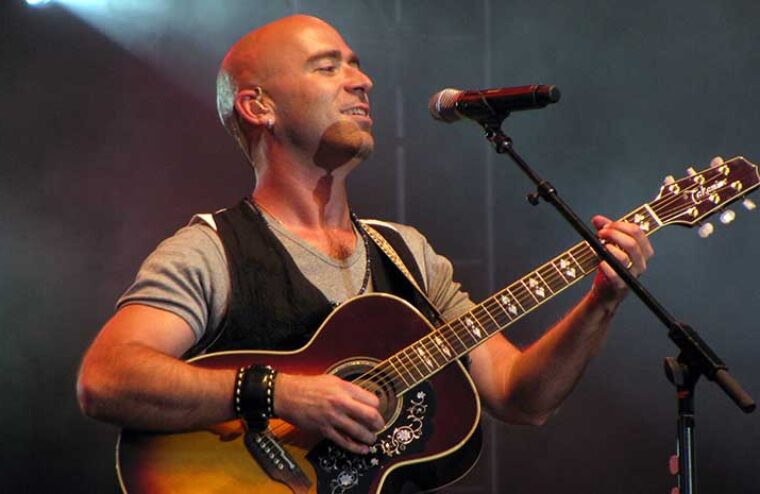 Alternative rockers Live began in the mid-80s and enjoyed plenty of mainstream success in the ’90s and early 2000s. The band split in 2009 but reunited in 2016 and released their “Local 717” EP in 2018. Singer Ed Kowalczyk revealed the band was going through internal strife and that he was at a standstill musically, even with his solo projects.

“I would love to perform – but it’s not possible in the current situation with the band,” stated the singer, before adding, “The three other original members are not speaking to each other – and I am stuck in the middle – and if I try to go solo, there is a good chance they will sue me again – so I have to do what’s best for me and my family and try to stay out of litigation by not performing in public at all. “Hopefully things change, but until then I have to lay low.”

That apparently has changed, as the singer since posted: “As of last evening, I own 55% of Live. Chad Taylor is fired. He will never stop the music again. Thank you all for your amazing love and support. I cried multiple times yesterday reading your comments and messages – it really means the world to me and I thank you all from the bottom of my heart.”

Live’s biggest record was their third effort, “Throwing Copper,” which sold 8 million copies in the U.S. on the back of hit singles “Lightning Crashes,” “I Alone” and “All Over You.” Earlier this week, Kowalczyk appeared on a new version of “Lightning Crashes,” with dance / electronic artist Avira. Clarifying his involvement on the track, the singer said, “I recorded all new vocals for this latest version of ‘Lightning Crashes.’ Nothing from the original recording in 1994 was used in any way.”

In 2019, Kowalczyk told Forbes of reuniting: “It’s an incredible feeling because we have the feeling of course of all the gratitude and excitement of getting back together and reuniting as brothers and letting the past go and all of that,” said Kowalczyk. “Then the fact that the record (“Throwing Copper”) still matters so much to us and to fans? Now, it’s really like pinch me every night out here.”

He also spoke of the band getting wiser with age and how they were getting along. That has obviously changed in the past few years. “It’s funny – when we were younger, especially in our 20s and when Throwing Copper was out and stuff, we had a lot of big plans and things that we wanted to achieve and mile markers and that kind of stuff,” he said. “Now we’re all in our late 40s and, honestly, with this reunion, I think that we’re focusing on each other – probably more than we ever did – and our relationships with each other. And what it means to be a band. Which is a really crazy good, healthy focus to have. We have a whole new perspective now. And so that’s really exciting. We’ve kind of turned inward in a way. Which I think has fueled the music and fueled our excitement to be together and to bring this out to people again.I don’t know. I know we’re going to put out new music but I would say that we’ve abandoned the whole idea of world domination and all of that. The truth is, these days, it’s just beautiful to be back together and to be brothers again. And we’ll see where it takes us.”