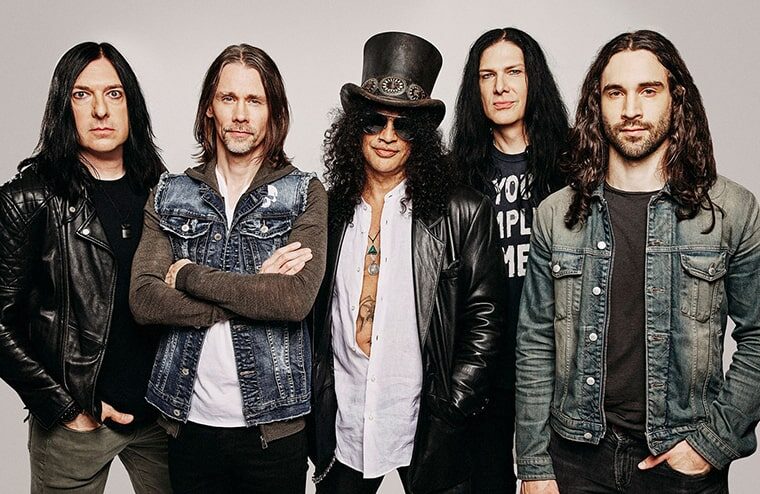 Slash featuring Myles Kennedy and the Conspirators have released the second single from their forthcoming album, “4.”

The track, “Fill My World,” is a mid-tempo power ballad of sorts, a slight departure from the straight-ahead rocking debut single, “The River Is Rising.”

“This was the first time that we actually did all the guitars, bass and drums live at the same time and kept all those tracks, and we also did the vocals live as well,” Slash said in the band’s promotional video for the new album.

“4” will be released Feb. 11 via Gibson Record’s. It will be the first release from the well-known guitar manufacturer’s new record label.

“This one’s pretty much a live record, from my standpoint, “Kennedy added. “You’re just trying to kind of document where you are at that point in life and do it in an authentic way.”

The band will tour in support of “4” early next year, and the album is available for preorder on Amazon in a variety of formats.