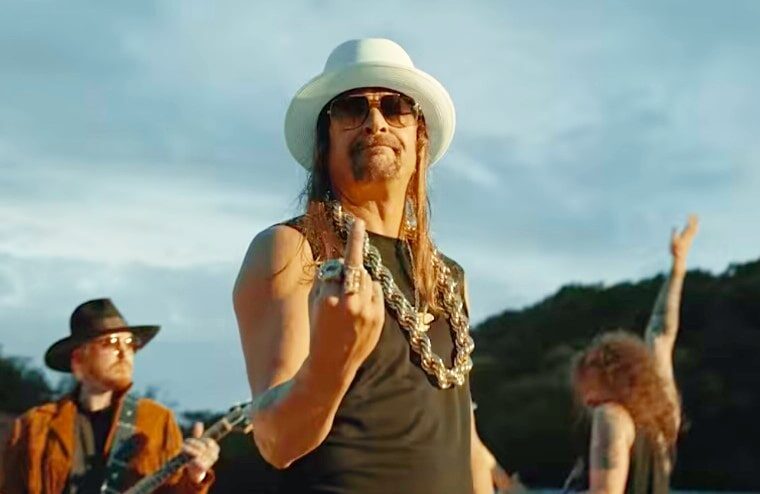 Rapper Kid Rock isn’t afraid of sharing his political allegiances, having allegedly said “f*ck Colin Kaepernick” during a live performance and later selling t-shirts calling states who voted against Donald Trump as “Dumbfuckistan.” Now the rapper, known for successfully blending hip hop and country music, has released the single “Don’t Tell Me How To Live,” featuring the band Monster Truck.

However, instead of music fans being happy to have new Kid Rock music, it is receiving a lot of attention for being anti-woke culture. Despite the controversial song not appealing to everyone, the YouTube video already has over 1 million views, with 47,000 likes to just 4,500 dislikes. You can check out the video for yourself below.

“Don’t Tell Me How To Live” is Rock’s first new music since 2017. However, he did release music in 2020 under the name DJ Bobby Shazam, which saw profits go to his Kid Rock Foundation, which donates to those in need. It’s understood this song is the first single off an upcoming triple album featuring 50 songs in total, with 30 being brand new.