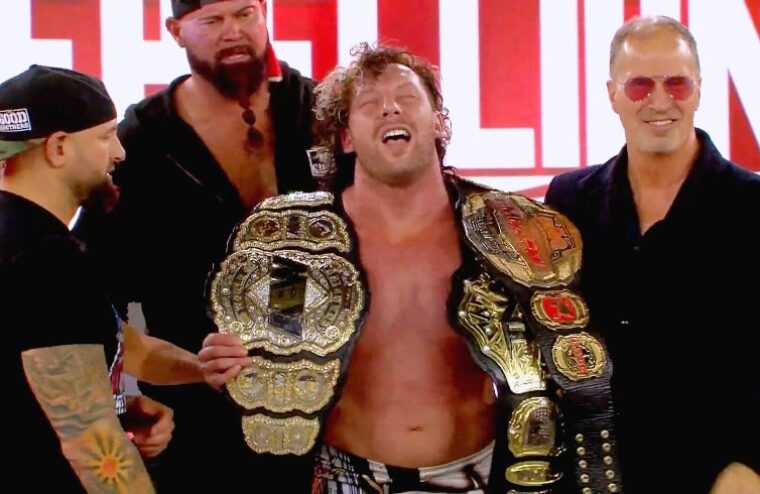 Last night was Impact Wrestling’s Rebellion pay-per-view from the Skyway Studios in Nashville, Tennessee. The show was built a Winner Takes All match between Impact Wrestling World Champion Rich Swann and the AEW World Champion Kenny Omega, with Impact bringing in Mauro Ranallo to call the match. With Omega being the more prominent star and currently having a belt collector gimmick, many considered the outcome a forgone conclusion, and they were correct, with Omega winning the 23-minute match. Swann’s 184 days reign as champion ended after Omega hit him with his One-Winged Angel finisher, and he celebrated in the ring with Don Callis, Karl Anderson, and Luke Gallows to close the show.

With Impact now taping their next set of television shows, it’s expected Omega will be involved due to being the promotion’s champion. However, his next actual match is not yet known. It was though announced during the pay-per-view that Impact will hold a show titled Under Siege on May 15th on Impact Plus, plus Against All Odds returns to PPV on June 12th, and Slammiversary will take place in July, but no date was given. So it is likely Omega will at least compete on the pay-per-views.