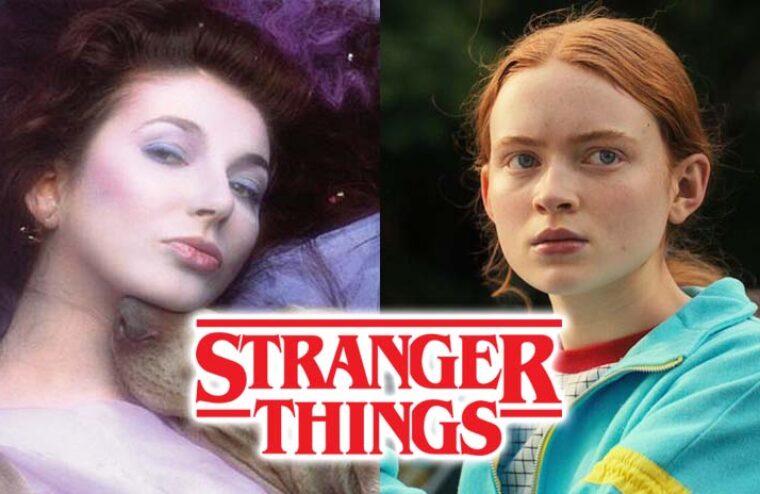 The science fiction horror drama “Stranger Things” premiered on Netflix in 2016, and the series earned widespread critical and audience acclaim. Set in the 1980s in the fictional town of Hawkins, Indiana, the show was created by the Duffer Brothers and sports a cast including Winona Ryder, David Harbour, Finn Wolfhard and Millie Bobby Brown, among many others. Pop culture references to the ’80s have made the series a hit for fans of nostalgia while also attracting a widespread new audience of all ages.

In terms of ’80s songs prominently featured, the show’s fourth seasons includes Kate Bush’s 1985 single, “Running Up That Hill.” The song jumped up the Billboard charts and appeared in 1.8 million short videos on TikTok. The song was set to a dramatic scene where Sadie Sink’s character outran this season’s sci-fi enemy. Bush wrote on her website that the show has given the song “a whole new lease of life by the young fans who love the show.”

According to QZ.com and Luminate (formerly Nielsen Soundscan), “Running Up That Hill” has been streamed 465 million times globally and 147 million times in the U.S. “In October 2020, Fleetwood Mac’s “Dreams” reappeared on the Billboard charts after being used in a popular TikTok video of a man skateboarding, holding a bottle of cranberry juice, and singing the song,” reads the article at QZ.com. “But “Dreams” only peaked at number 12 on the Billboard Hot 100, while “Running Up That Hill” made it to number 4. Bush’s song now sits at number 5. It also briefly took the top spot on the Billboard Global 200 music chart.”

Luminate estimates that Bush has made $2.3 million in streaming royalties between May 27, when the fourth season debuted, and June 23. She also made $1 million from streaming alone between June 16 and 23. And unlike many other artist, Bush owns her own masters. The final two episodes of season four were released on July 1.