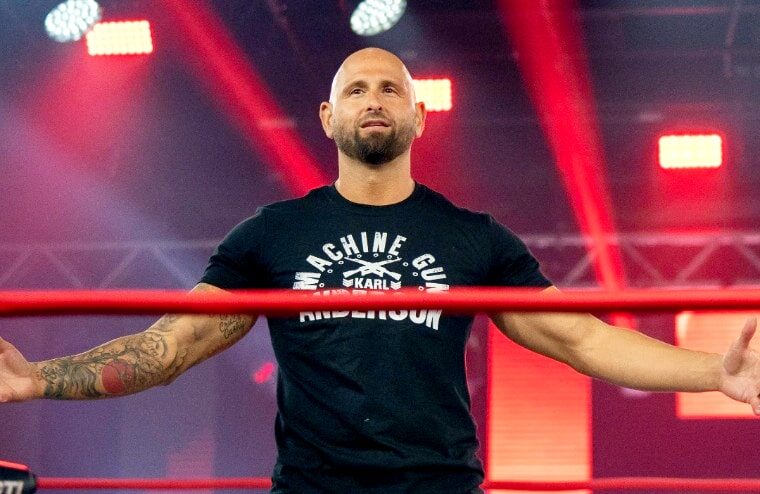 Despite making record profits, WWE is frequently releasing talents and citing budgetary reasons for this. It’s then typical to see the recently let-go talent take to social media and thank WWE for the opportunity to have worked for them. The general belief is that the talents want to remain on good terms with the company, hoping to get re-hired in the future. However, Karl Anderson, someone with experience being released by WWE, has a very contrary opinion in this tactic. Instead, saying on his Talk N Shop podcast that the wrestlers should be telling the promotion to f*ck off.

We know what it’s like to get canned from WWE. Here’s the advice I would say, enough of the “thank you” tweets. Give me a f*cking break. When you get canned, let it go. How about #f*ckoff? I don’t think less than 24 hours after being fired, take a second to take a breather. Take it easy with the thank you bullsh*t within 24 hours. Breathe it in and take it all in for just one second.

Put together a plan of attack before you start thanking all these motherf*ckers that fired you because people give Jim Ross a lot of heat, but I have respect for Jim Ross because, when we got canned, he said, “There’s a reason why WWE decided to not do business with these individuals anymore.” It’s as true as it can get, and thank God. We made the most money we’ve ever made in our lives this past year, and that’s after WWE.

There is little evidence that being nice to WWE results in being given a second chance. Yet, over the years, many outspoken critics of Vince McMahon and the company have found themselves back on his payroll, often for big money. Ultimately if WWE can make money with someone, they will hire them regardless of past comments.

In Anderson’s case, he and longtime tag partner Luke Gallows have proven there is life after WWE, having signed with Impact Wrestling with the option to wrestle for New Japan when feasible. Additionally, they are working with AEW as part of their working relationship with Impact and likely being well paid due to being in a prominent position alongside Kenny Omega and the Young Bucks.