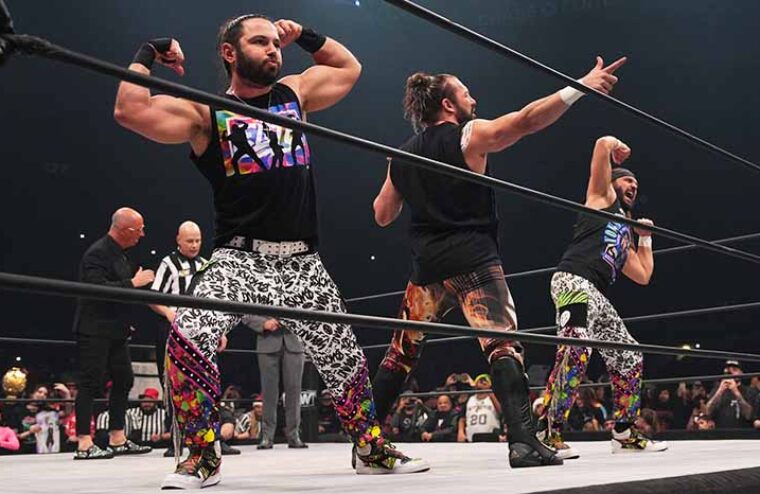 Late last year upon their return to All Elite Wresting, Kenny Omega and The Young Bucks took to using the legendary Kansas song “Carry On Wayward Son” to make their entrances.

AEW has a history of licensing well-known songs for wrestler entrances including Living Colour’s “Cult of Personality” (CM Punk), the Pixies’  “Where Is My Mind” and Jefferson Starship’s “Jane” (Orange Cassidy) and Baltimora’s “Tarzan Boy” (Jungle Boy). The company also tried to license Europe’s “The Final Countdown” for Bryan Danielson, but the price tag was reportedly too high.

Kansas vocalist/keyboardist Ronnie Platt recently told the “Paltrocast” that he’s thrilled that Omega and The Bucks are using the band’s song.

“That’s the original that they’re using,” he said. “I saw that video where they’re walking out in the stadium, and all the people are going nuts. Oh my God, that was so cool.”

“That’s just good for the band,” Platt continued. “That’s good promo and really introducing Kansas, even though the kids might not know who the band is or haven’t heard the song before. It really is initiating young people to that music. So that’s all good. We call that job security.”

Nick and Matt Jackson reportedly had wanted to use “Carry On Wayward Son” for some time.

Nick Jackson talked about getting the song for their “Full Gear” entrance at “the 11th hour” on a recent episode of “Being the Elite.”

“We got to come out to a song we grew up listening to with our dad… a song we almost didn’t get. A song that we used to come out to in the back yard. But yeah, a song that we literally, we didn’t get until the 11th hour. That was stressful. Getting that, it was the night before, we finally knew. So it was just collectively a really crazy, crazy time. Now that it’s the end, I can almost give a sigh of relief at this point.”