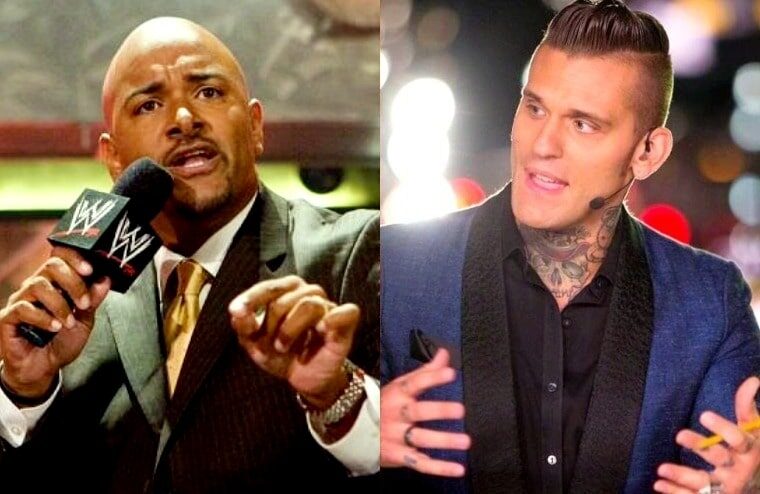 Jonathan Coachman, also known as “The Coach,” has a long history with WWE after starting with the company in 1999 as a backstage interviewer. He’d go on to make make a shocking transition from behind the announce desk to being an occasional competitor and even the interim General Manager of Raw. However, after almost a decade with the company, he decided to take up a new challenge and went to work for ESPN. After eight years away, he began making occasional appearances and re-signed with the company in 2018.

Unfortunately, this second full-time run wasn’t as noteworthy as his previous one, and he’d end up being replaced by Renee Young as a Raw commentator.  Now in what is being advertised by AdFreeShows as his final wrestling interview, he has blamed Corey Graves for his departure from the company. He’d state his former Raw announce partner didn’t want him there and wanted to work with Young as they were good friends.

He just didn’t want me there. You could tell by the things he would say. There was certainly a complete lack of respect for me being a veteran. For me having the time at ESPN. I certainly never walked in and said, “I’m taking this over. This is my space.” I never did that. You could ask anybody. So every single week, it just got more and more difficult to work with him, and it was clear he wanted Renee because they’re very, very good friends.

After leaving Raw, he would host pre-PPV preview panels and then worked on the short-lived reboot of the XFL but since then has had no further interaction with Vince McMahon’s companies. He would go on to say in the interview that he’ll never work for the company again due to them having him forgo time with his family but not being there for him at the end.

Sadly WWE has a track record of asking their talents to go above and beyond and then not standing by them when they’ve deemed them of no further use. Thankfully for Coach, he doesn’t need WWE to make a living due to his time with ESPN establishing him as a legitimate sports broadcaster. He currently works for NBC and provides coverage of golf tournaments on PGA Tour Live. Additionally, he does voiceover work for the Madden NFL games.