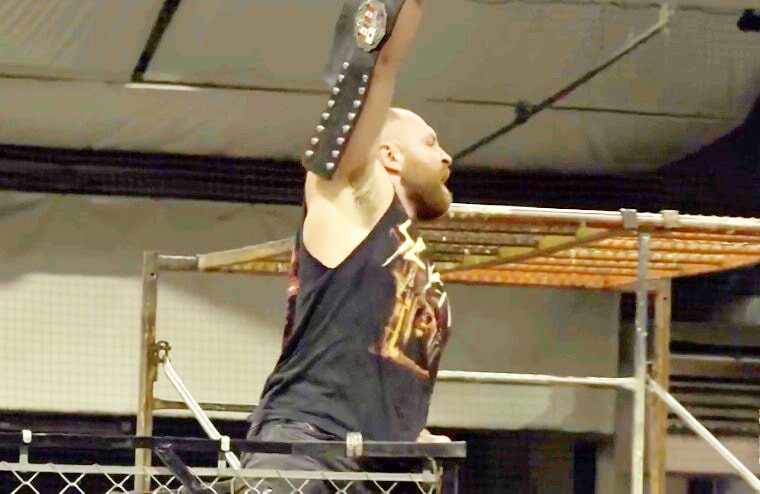 Game Changer Wrestling held their The Art of War Games event on Saturday night at the Grand Sports Arena in Hoffman Estates, Illinois. The show was headlined by GCW Champion Matt Cardona, who was wearing a Macho King-inspired crown and carrying a spinner version of what he called the GCW Universal Championship. Initially, he would face Frank The Clown in an open challenge, with the commentators declaring there were two clowns in the ring. However, Cardona would quickly win the match, which took place inside the still constructed War Games cage following a belt shot, and he declared he would be GCW champion “Then, Now, Forever,” a line taken from WWE’s opening video.

Subsequently, G-Raver came out with a group of druids, and while Cardona would lay out most of the druids, one would remain in the corner of the ring. It would soon become apparent that druid wasn’t like the others as he hit a Paradigm Shift DDT on Cardona and revealed himself to be Jon Moxley. Moxley would then give Cardona a second Paradigm Shift onto light tubes and pinned him to become the GCW World Championship.

Following Moxley’s victory, he would be confronted by Nick Gage, who announced that he’ll be facing him in a death match for the title at GCW’s Atlantic City show on October 9th. This has been the match GCW has been building up to all year and has the potential to be the biggest in their history. What this means for Cardona remains to be seen, but he may be done with GCW as he has previously stated that fitting their dates in around his busy schedule was an issue for him.