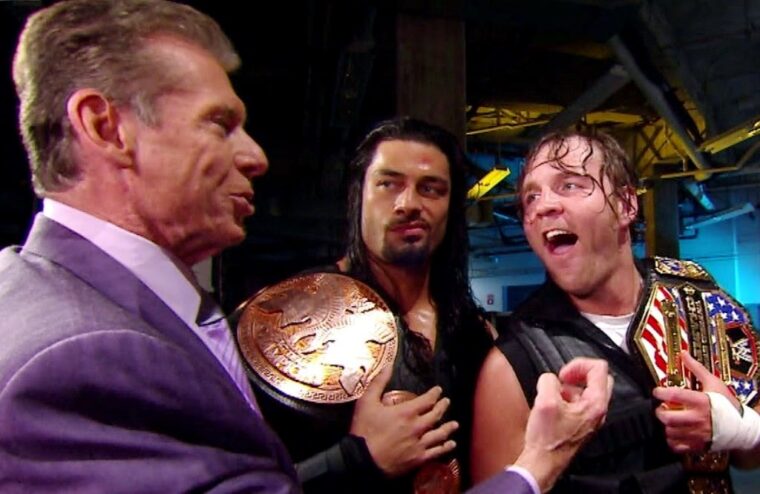 Jon Moxley had an incredibly successful run in WWE. He was part of one of the most iconic groups in wrestling history, he held numerous titles including the WWE Championship, headlined multiple pay-per-views, and even met his wife. However, for much of his time, he was unhappy, and the reason was that he didn’t fit into WWE’s inflexible system.

Now talking to Busted Open, he shared what drove him crazy the most during his eight years with Vince McMahon’s company.

If I had to boil it down to one thing that drove me crazier than anything was the fact that I got handed a script and told what to say. The first time that ever happened, we were in the Shield, and they handed us a script. Even in developmental, we are down there with Dusty. That was one of the best times I had in the business in FCW cutting promos. I heard the term scripted promos. That blew my mind. The first time they handed me a script, it was like Roman says this, Seth says this, Dean says this. I thought it was a suggestion, and they were filling in words on the run sheet.

I was like ok to the writer, I got some cool ideas. We can say this or that, and they were like, no, this is the way you’re going to say it. I was like, yea, but this is my idea, and it was made very clear to us that this is what you are going to say. I remember having this feeling in the pit of my stomach, like, oh my God, I made a terrible mistake.

Pressure is having a two-page script written by a 74-year-old madman that makes no sense to you that’s going to make you look stupid, and you’re on worldwide TV live, and you have to memorize every single line and somehow try to pull it off and not look like a total jackass. That’s pressure. A lot of times, I did pull that off. A lot of times, I didn’t. Jon Moxley

From all accounts, Moxley is much happier now he is with AEW and has a much bigger say in his character, plus he no longer has to worry about a “74-year-old madman.”