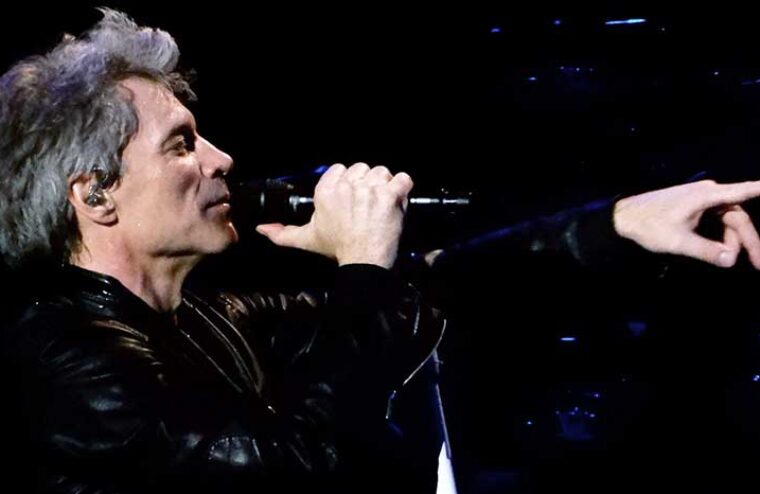 Bon Jovi’s 1986 album “Slippery When Wet” was a massive commercial success and has been credited with turning heavy metal into a radio-friendly pop format. The album spent eight weeks at No. 1 on the U.S. Billboard 200 and was the top selling album the year after its release. The album, produced by Bruce Fairbairn, has sold more than 12 million albums in the U.S.

Legendary songwriter and producer Desmond Child also had a hand in co-writing some of the album’s most well-known songs including “You Give Love a Bad Name,” “I’d Die For You” and “Living’ on a Prayer.” Child recently revealed in an interview with Rock Pages that the latter of those three songs almost didn’t make the record. “That song had a majesty, a kind of upward lift that just exuded hope,” Child said. “And at that time, Jon was thinking about making a more hard rock record. So when we wrote the song—the song is a bit sentimental. It’s a bit soft. And he said, ‘I was hoping we could rock harder’. And (guitarist) Richie (Sambora) and I literally got on our hands and knees and begged him to record it. I mean, half-joking, but half for real. Just record it! See what happens.”

“As soon as they started recording it… magic!” Child continued. “And everyone felt it, and there was no way of turning back. The song has a life of its own. It really does. So many people, so many generations know the song. Sometimes they don’t even know where the song came from or who the artist is. You know, that song is one of those. What I love about going to see Bon Jovi is that you’ll see people there from so many generations. You’ll see little babies on the shoulders, you know, with their head headphones on, and the parents are there rocking with their fists in the air. And then the grandparents are there. The great grandparents are there. Really old people, people of every color are there, you know, from all walks of life. And when they sing that song, they put on the lights. You can’t even hear the band playing it because everybody sings, screaming it out.”

Child has helped write hits with a variety of artists including Aerosmith (“Dude Looks Like A Lady,” “Crazy,” “Angel”), Alice Cooper (“Poison”), Joan Jett (“I Hate Myself For Loving You”), KISS (“I Was Made For Loving You”), Ricky Martin (“Livin’ la Vida Loca”), Michael Bolton (“How Can We Be Lovers?”) and Cher (“Just Like Jesse James”) among many others.