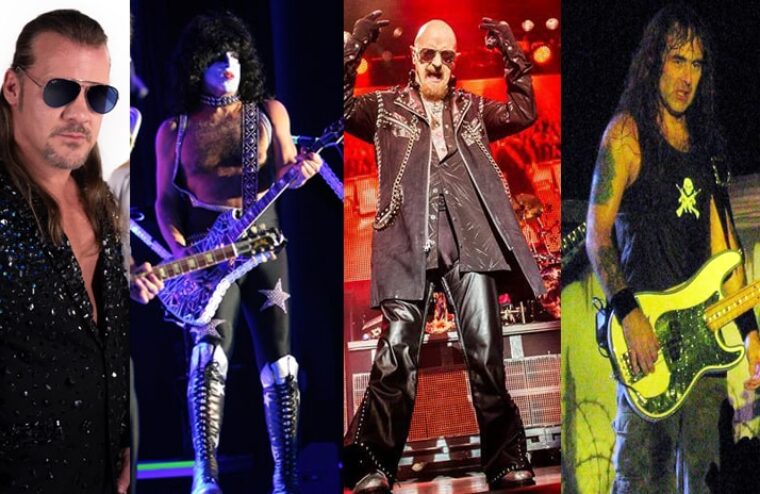 Rock and metal bands are eager to get back to normal touring cycles in 2022, and many are hitting the road. Here’s a list of some of the top rock and metal tours coming to a city near you soon with ticket links.

Bad Wolves and Papa Roach will team up for the “Kill The Noise” tour from Mar. 1 to April 2. Support: Papa Roach.

Black Veil Brides’ “Trinity Of Terror Tour” with support from Motionless In White and Ice Nine Kills runs from March 17 to April 27.

Bon Jovi will tour from April 1 to April 30.

Buckcherry will play headline shows from Jan. 7 to Feb. 6 with support from The Lacs.

Clutch has dates booked in Canada, North America and Europe from March 28 to Aug. 21.

The Darkness are set for a North American tour with support from The Dead Dead. Shows run from Feb. 26 to April 24

Dirty Honey and Mammoth WVH are set for a co-headlining tour from Feb. 20 to April 10.

FOZZY returns to the road from March 31 to May 16 with support from GMF, KrashKarma and The Nocturnal Affair.

Incubus heads out for a short run from March 18 to March 26.

Iron Maiden takes their “Legacy of the Beast” tour around the globe from May 22 to October 27. Rotating support depending on the territory comes from Within Temptation, Airbourne, Trivium, Shinedown, Lord of the Lost and The Hellacopters.

Jack White will tour in America and Canada from April 8 to Aug. 29.

Journey will hit the road from Feb. 22 through May 11 with support on select dates from Billy Idol and on other dates from Toto.

Judas Priest gets back to their “50 Heavy Metal Years” North American tour from March 7 to April 11. Support: Queensryche

KISS resumes their “End of the Road” world tour in Australia, South America and Europe from March 19 through July 21.

Korn, Chevelle and Code Orange team up for series of shows running from March 4 to April 1.

L.A. Guns, Tom Keifer and Faster Pussycat will join forces for the Sonic Slam Tour from May 7 to July 16.

Megadeth, Lamb of God, Trivium and In Flames are teaming up for the “Metal Tour of the Year” in America from April 9 to May 15.

Rammstein hits the road for European and North American tour dates from May 15 to Oct. 4.

Shinedown will team up for a co-headlining tour with Ayron Jones from Jan. 26 to Feb. 27. Support: Pop Evil. The band will tour again from April 1 to May 7 with The Pretty Reckless and Diamante.

Stryper tours America from May 5 to May 28.

Three Days Grace heads out on their spring tour from April 19 to May 7 with rotating support from Black Veil Brides, Motionless In White, Ice Nine Kills and Lilith Czar.

W.A.S.P. is reuniting for their “40 Years Live” U.S. tour with special guests Armored Saint, who is also celebrating a 40th anniversary.