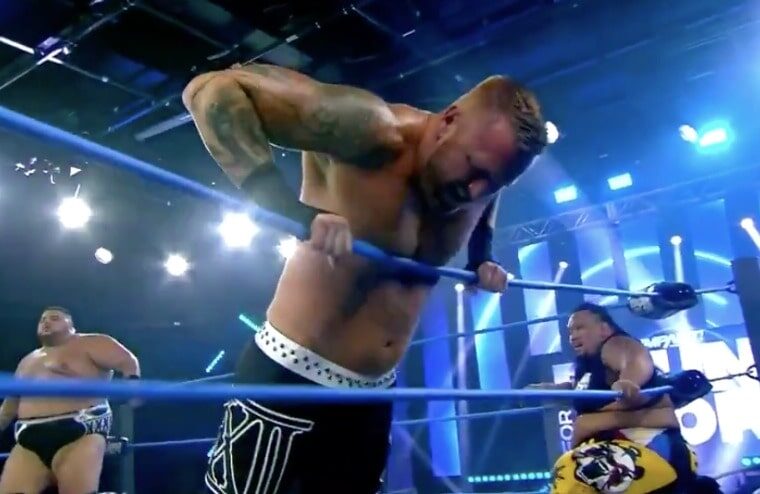 Last October, Heath Miller, who wrestled as Heath Slater in WWE, was injured during an intergender gauntlet match on Impact Wrestling’s Bound For Glory pay-per-view. He was booked to win the match, but clearly, in pain, Impact Wrestling called an audible. Sami Callihan would eliminate Heath, and instead, Rhino won the match. Following the show, Heath would go to the hospital and stayed overnight. A week on, and Heath shared an update with fans revealing he was initiated diagnosed with a hernia but actually had a partially torn abductor muscle and tear in his groin. He’d then state surgery would not be required.

However, he has unfortunately now had to back on that comment and revealed in an Instagram video he does now need surgery. Apparently, it has taken him three months to find a doctor who would carry out all his necessary surgeries during one operation.

Alright, so I’ve been getting a lot of messages, texts and tweets and everything in between about, ‘Hey, where you at? What are you doing? What’s happening? Are you hurt? Have you had your surgeries? What’s going on with you?’ So, after three different doctors, three different ways to go with this, I finally found a doctor that can do everything at once. Yes, it has taken three months to find this doctor, and yes, it has been an up and down rollercoaster ride of crap and… so, finally found the doctor that can do all my surgeries. I have a sports hernia on the left side of my pubic bone, another hernia on the right side that I don’t even know the name of it. My abductor muscle is actually ripped off the bone, has to get re-sutured, and I have a rip in my abdomen wall on both sides. So little bit of a mess. So my spirits are still high. I’m gonna be out for a little while. My surgery is, thank God, March 1. So, after March 1, it’s gonna be the road to recovery. So, yeah, keep me in your prayers everybody. Heath Slater

Sadly Heath’s career has been in limbo since the injury. After being mainly booked as a lower card talent for WWE since his days with the Nexus ended. He was scheduled to receive a push in Impact Wrestling, so hopefully, when he is in a position to return to the ring, he can slot back into his planned position on the card.