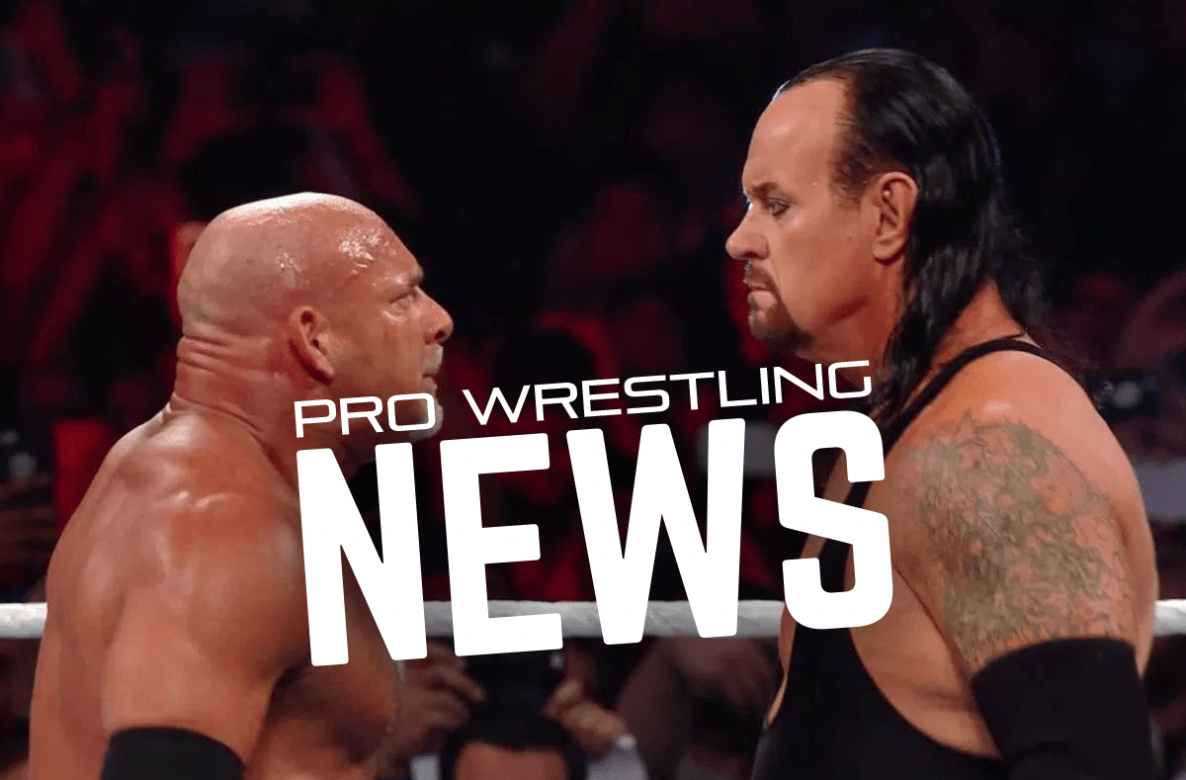 During an interview on ESPN 97.5’s “The Hall of Fame” with Booker T and Brad Gilmore, Goldberg addressed THAT match with The Undertaker at WWE Super ShowDown this past June.

The 52-year-old Goldberg who has just competed at SummerSlam against Dolph Ziggler said he was prepared for the heat in Saudi Arabia, but what happened in the match was “the perfect storm of crappiness”.

“The ring post thing, hey man, that’s a spot that you know a couple of the bookers came up to me afterwards and said, ‘Well we called it. We knew you were gonna do that,’ because 50% of the time I’ve done that spot I’ve not had good results.”

“I don’t profess to be an entertainer on the level of a Ric Flair that can go out and make people laugh, I mean I can but it’s not my way of doing things. My way of making people’s jaws drop is blurring the line between reality and fiction, you know? So everything I do has to be, okay, the kick that I took from Dolph? You know the first kick that I took? Yeah, that felt really good. Because I had to react to it because it planted on me. It was perfect. That’s the way that I work, man. I’m a reactionary guy and if I’m gonna be a defensive lineman that was an All-American, if I’m gonna be a guy that played a couple years in the NFL, if I’m gonna be guy that is known to be a thrasher, I’m not going to run into a turnbuckle and miss it and act like it killed me. I can’t do that so I have to make it look as close to it killing me as possible and sometimes, unfortunately, the circumstances are such that I go a little overboard.

And at an accelerated age, your body can’t take that overboard like it used to. I can’t bounce back from it like I used to. And then the perfect storm of the heat, and the perfect storm of Taker maybe not having the timing and not going at the same time at one point. At the end of the day, there ain’t never been a dude in the freakin’ ring that I couldn’t pick up.”

“It was an unfortunate deal that I just shouldn’t have gone as hard as I went and then hey, you know a couple of people, ‘Hey, well what about the referee? He should have called it.’ Well guess what? The referee asked me 15 times how I felt. You know what I told him? 15 different answers. I did. I know I told him something different every time because I felt different every time he asked me.”

“Hey man, remember when I put my hand through the limousine window? I’m not the smartest guy in the world when it comes to trying to be a monster and turn green from zero to 100 like a light switch. And sometimes it’s just tough and I go overboard. It is what it is. Hey, that’s what made it exciting man, and so I just can’t bounce back at 52 like I used to, that’s all.”

You can hear in full what Goldberg had to say below in the video below.