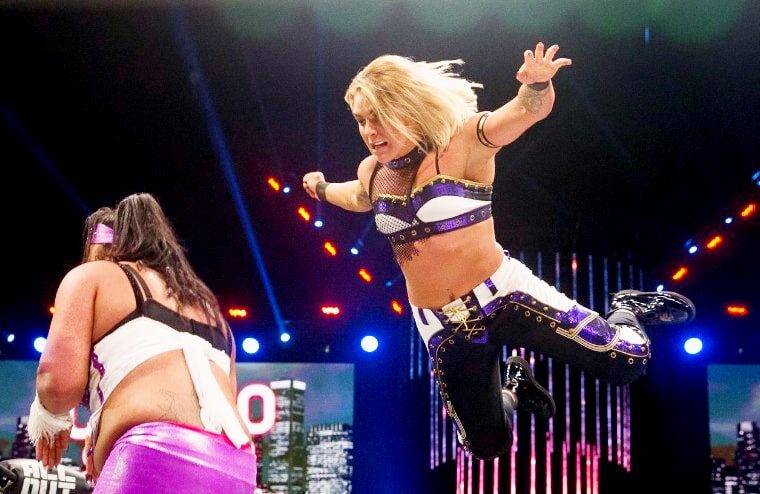 British wrestler Sadie Gibbs made her debut in 2017 and quickly became a name in women’s wrestling, appearing for Japan’s World Wonder Ring Stardom just over a year later. A few months later, she was signed by All Elite Wrestling and debuted at All Out 2019 during the Women’s Casino Battle Royale. She’d go on to wrestle a couple of times on AEW Dark, sharing the ring with names like Big Swole and Allie before the promotion released her due to travel restrictions preventing her from traveling to the US.

Having not wrestled since October 2019, Gibbs has taken to her Instagram and revealed she has officially retired as a professional wrestler. She states she now intends to focus on coaching, speaking, and teaching and is looking to inspire and impact as many people as she can. The news was surprising, as Gibbs is only 29 years of age, and the world should be opening up over the next few months, meaning she can travel again. However, being a wrestler is a demanding profession, and there isn’t big money for independent talents unless they have an established name. So if someone’s heart isn’t in, it makes sense to pursue other options.