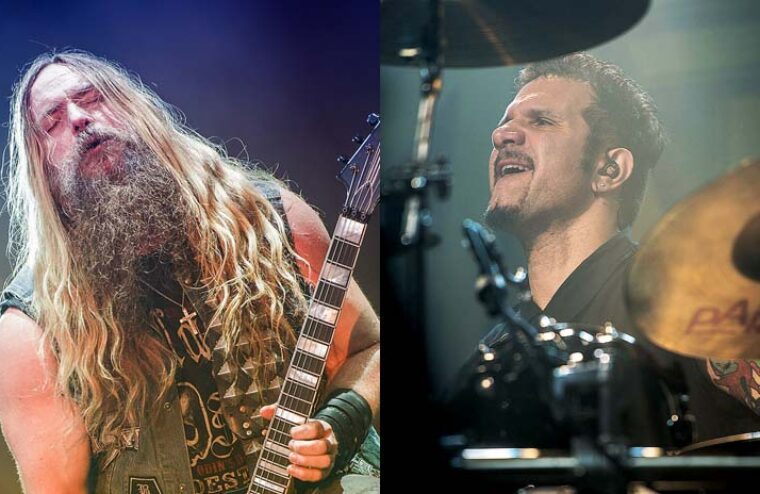 This past weekend, Benante took to Instagram to share the first rehearsal photos of the new lineup. “2 weeks in NOLA with these boys, it’s been a lot of work but how could it not?” the drummer wrote. “So much heart and soul is going into it.”

“This is all about the Love for Vinnie and Dime ,the fans and the music that these 4 created. I’m really enjoying playing these songs -they sound Great! It’s very emotional and it’s just starting to hit me… See you soon, I need a drink”.

Dimebag’s guitar tech Grady Champion also shared an Instagram photo of himself and Wylde. “This is such a pleasure for me,” he wrote. “Seriously. It’s coming. I get to listen to this man and this band play everyday for, I dunno groundhog days. I get to enjoy the artistry of Father Zakk. He’s cooking man, and I’m in the kitchen eating everything.”

“I got to fill in for [Zakk’s guitar tech] Stephen Christopher Murillo for a couple of days, and I’m feeling a stronger vibe by the day. I get to play with buttons and pedals like old times, and MOST of all, we are honoring the boys memory. Stronger than all. Here for the right reasons. I’m already 7 cries in.”

Pantera’s first show back is set for Dec. 2 in Texicoco, Mexico at the Hell & Heaven Metal Fest.

Anthrax guitarist Scott Ian also recently weighed in with his thoughts on the upcoming Pantera shows.  “Oh, man. You know what? The two of those dudes [Zakk and Darrell], they were as thick as thieves, those two guys,” Ian told Primordial Radio. “They were so close, there was definitely a bond… I won’t go as far as to say… Look, obviously, Darrell and Vinnie were brothers. Zakk was probably as close as you could get to actually having a blood relation to Darrell. Those two dudes were, like I said, thick as thieves, man.”

“As long as I knew Darrell, and I hate to ever say, ‘I knew the guy and this is what he would want — I feel a little uncomfortable ever doing anything like that — but in this situation, I feel like I would make an exception because I would truly think Darrell, based on my many, many, many, many conversations over the years with him, would have definitely said, ‘If I ain’t here, you’ve gotta get Zakk up there to fucking fly the flag,'” he continued. “It just sounds like something Darrell would have said. So, yeah, I think Zakk is — he’s the guy; he is the guy.”

“And I think the other thing… Not to get too much into the weeds on this, ’cause I know there’s a lot of people out there with a lot of opinions. That’s how it is — because of the Internet, everybody gets to put their opinion out there. There’s no editors anymore — it’s just opinions. So if you want my opinion, this is a tribute, and that’s what it is meant to be. This is a tribute to one of the best bands in the history of heavy metal. It’s a tribute that also happens to have two of the band members in it, along with two guys who, I don’t think there’s anyone better to be able to pay tribute to Pantera than Zakk and Charlie.”