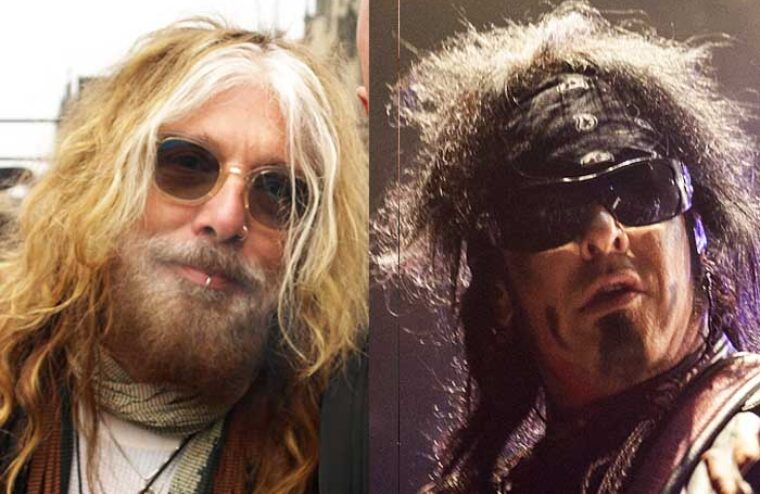 Former Mötley Crüe singer John Corabi fronted the band from 1992 to 1996 and sang and played guitar on the group’s highly underrated and often celebrated self-titled album. A rock ’n’ roll journeyman, Corabi has played for Ratt, Brides of Destruction and The Dead Daisies in addition to his solo work. Earlier this year, Corabi spoke out on a few things Crüe related including his disapproval of the “Pam & Tommy” series on Hulu. Corabi also previously wasn’t happy with his portrayal in the biopic of “The Dirt.”

Recently during an appearance on “The Chuck Shute Podcast,” Corabi talked about how Crüe bassist Nikki Sixx and drummer Tommy Lee responded to his request for help after Corabi’s son was battling a heroin addiction. “Look, at the end of the day, Tommy and I are fine,” Corabi said. “Tommy still texts me. We contact each other on Instagram. But I didn’t do anything until Tommy reached out to me first and said, ‘Hey, Crab. How’ve you been?’ Blah blah blah. Whatever. Or I posted something and he made a comment about it. And then I reached out.”

“I wasn’t mad at them,” he continued. “I was a little disappointed in the fact that… If you wanna be upset with me, awesome. C’est la vie. But you watched my kid grow up. I reached out to them. I did not ask them for money. I did not ask them for anything. What I asked them for was… ‘Hey, you guys have dealt with heroin addiction. How do I handle this?’ I got nothing from Nikki at all — no response. No nothing. And Tommy just wrote back — he just wrote back one word. He wasn’t, like, ‘Oh, sh*t, dude. Sorry. F*ck! Are you kidding me? Ian’s taking drugs?’ Nothing. He just wrote ‘rehab’. No, like, ‘Rehab. Good luck. Tommy.’ Like, nothing. He just wrote ‘rehab’ [and hit] ‘send’.”

Corabi added that he was “bummed out” with Lee’s response. “Tommy was the one that (Corabi’s son) Ian looked up to,” he said. “And I just said, ‘You know what? I have reached out to those guys on multiple occasions.’ I reached out to Nikki when he divorced Donna D’Errico. I reached out to Tommy when the kid died in his pool. I reached out to Tommy when he went to prison. I reached out to Tommy and all those guys multiple times and I never got a response. But I thought maybe if they realized that there was something wrong with my son, they would just go, ‘Hey, dude. Here. Call this counselor.’ Or, ‘Hey, this guy is a really counselor. He can help you figure it out.’ They didn’t respond. Okay. C’est la vie. I just said, ‘F*ck it. Whatever. I’m done with those guys. I won’t ever bother them again. I won’t ever call them again. I won’t forget it.’ … I will never forget the fact that I asked what I thought were my friends to help me out. Not even with money. ‘Hey, do you have a phone number for a counselor or something that I can reach out to?’ And I didn’t get anything. So I’m, like, ‘All right. Whatever.’ It is what it is, dude. I’m not angry about it, but I have a very good, long memory. So it is what it is. I kind of figured out I can write to Tommy. I won’t ever bring it up. ‘Hey, how’s it going? How’s your wife?’ I love Tommy. But, listen, we’re all like brothers. We love each other; we hate each other. It is what it is. But that’s my story. I’m sticking to it.”

Corabi previously tweeted about “Pam & Tommy” saying: “Ok….just my opinion here on something that’s been bugging me. The Tommy And Pam miniseries on Hulu, is so full of bullsh*t, it’s ridiculous!!!! I can honestly say about 98% of this ‘FICITIONAL’ take on T&P’s life is CRIMINAL. I shared 5 years of my life with Tommy and although it was at times INSANITY it’s sooooo overblown in this SH*T they call TV entertainment! Tommy never walked around in a Speedo, didn’t act at all they way they portray him, and now I see that THIRD EYE BLIND ‘bumps’ us from a studio, because they’re more relevant???? DID NOT HAPPEN…!!! “Shame on EVERYONE involved…” Corabi ended his message by including four middle finger emojis.