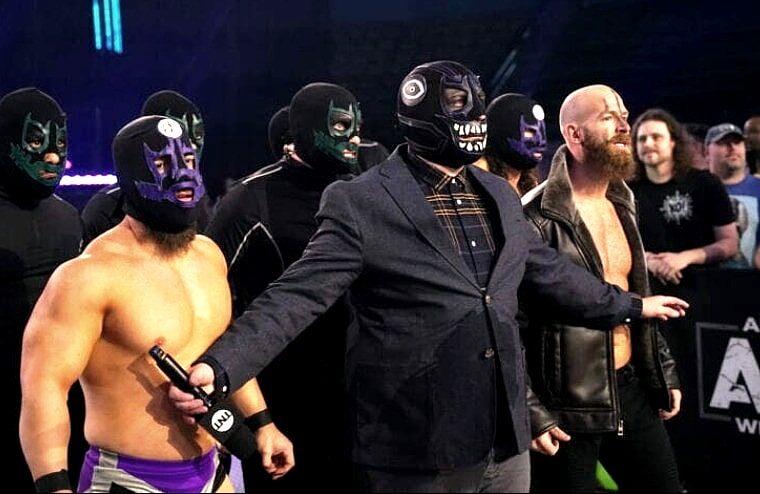 The wrestling world is still coming to terms with the loss of Brodie Lee, who was the leader of The Dark Order in AEW. The group had many detractors when it formed initially and was much maligned until Lee’s arrival as The Exalted One. Almost overnight, his presence gave the faction credibility and direction. Now he sadly no longer there to lead the group, The Dark Order’s long-term existence is in doubt, and Evil Uno addressed this on Talk Is Jericho’s Brodie Lee tribute episode.

This year has given us confidence in the sense of I think we can pull through this. What does Dark Order do from here? Genuinely, I wish I could tell you. I wish I knew. Today, right now, I don’t even want to think about what’s coming up. I’m mostly thinking about Jon. I think the most obvious thing is we need to stay as a group in his honor. This is kind of wild because our cult group thing was, “Hey, you join this group, we’ll make you better.” But now it feels like we have to become better wrestlers, better people for Jon. We now encapsulate his legacy.

His name is going to be attached to us forever, and anything from now on that is bad is not a bad thing just for us but also a bad thing to his legacy. So I feel like we have to produce the best content we have. The cult thing may not be the best approach next. Maybe we’re just a family. There’s a lot of ways we can go about this, but I think everything is going to be under a magnifying glass because everything we do now has to be as good as what Jon was.Evil Uno

The Dark Order came across as stars during the Celebration of Life themed episode of Dynamite last Wednesday and will be massive babyfaces for the foreseeable future. How AEW chooses to use the group remains to be seen, but if they opt to add a new leader, whoever is chosen will have big boots to fill.