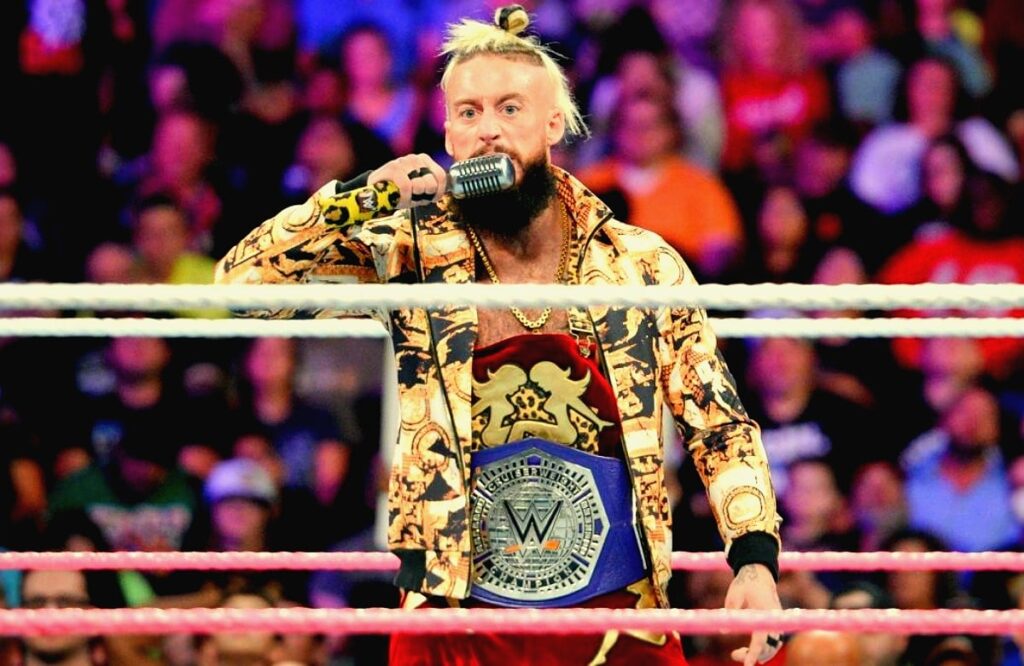 Vince McMahon made Enzo Amore the WWE Cruiserweight Championship because he felt Enzo was a star and could elevate the 205 Live brand. That didn’t end up happening because Enzo was released after failing to tell WWE management about a sexual assault allegation. The investigation ended up getting dropped due to insufficient evidence, but WWE didn’t bring him back.

Now in a just-released video on social media, Enzo has revealed he never returned the WWE Cruiserweight Championship. Furthermore, he is going to be taking it on the independent circuit with him.

Going by his non-WWE name Nzo, he curiously says in the video that his very first match on the independent circuit will take place this Friday, which isn’t accurate. He has wrestled three indie shows since leaving WWE, including an event called humorously called Storecade at The Comedy Store in Los Angeles.

How WWE reacts to him taking their intellectual property onto the indies remains to be seen. While it’s presumed they have more pressing concerns right now, the stunt where he caused a disruption in the crowd at the Survivor Series 2018, means he isn’t in their good graces.