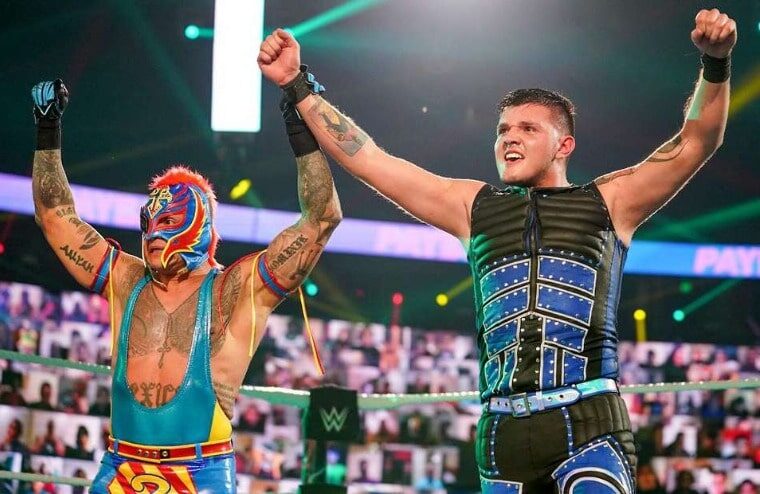 On October 13th WWE applied for several new trademarks, many were for the names of NXT UK talents, but one that stood out was “Dominick.” Conceivably this could mean that WWE is thinking about Dominik Mysterio dropping his legendary surname. It should be noted that WWE’s spelling does slightly differ from the way his legal name. This could either be an error on WWE’s lawyers part, or WWE wanting to own his name as fully as possible despite already applying for “Dominik Mysterio” back in September.

Trademarks are a big deal in pro wrestling, and Rey Mysterio already took the precaution to register the name “Prince Mysterio” for his son, which makes sense as Rey means King in Spanish. We will now have to see what happens with the Dominik Mysterio name as it isn’t uncommon for WWE to shorten a wrestler’s name after they’ve debuted. Examples of this include Antonio Cesaro, Elias Samson, Big E Langston, Natalya Neidhart, Adrian Neville, Alexander Rusev, Andrade Cien Almas, and Sheamus O’Shaunessy.