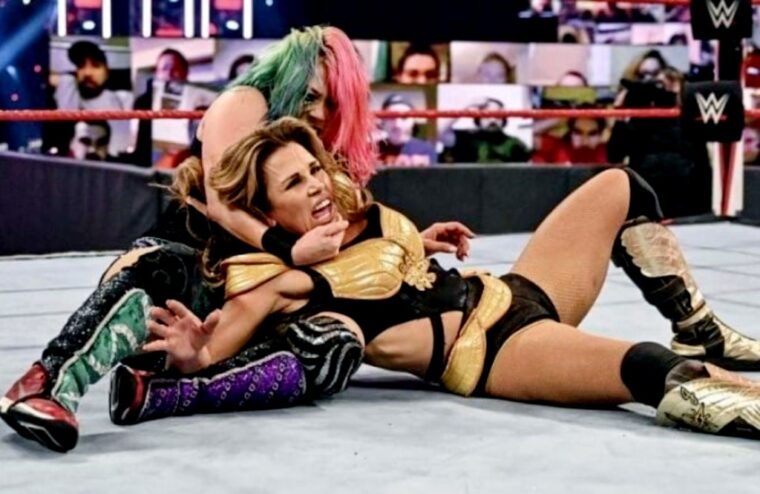 On Raw this week, Women’s Champion Asuka beat Mickie James by referee’s decision in a match with a strange finish. As James was fighting out of the Asuka Lock, the referee stopped the match out of nowhere. Fans on social media called it a botch, and some even were likening to the Montreal Screwjob.

It’s now understood that WWE officials told the referee through his earpiece to immediately end the match, fearing James was legitimately hurt. It turns out she was just selling and was totally fine. The actual finish was for James to tap out to the Asuka Lock after a struggle, so no storyline harm was done. It just didn’t look good.

If you didn’t see the finish live, you can watch it in the below video, and be sure to look at James’ facial expression once she realizes what has happened.