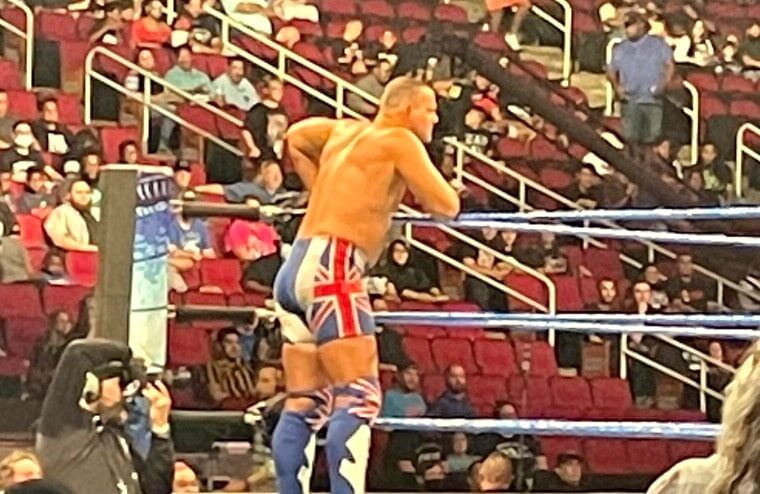 Before this week’s episode of SmackDown, Davey Boy Smith Jr. competed in a dark match before the live fans in attendance. He would be referred to as Harry Smith and teamed with Austin Theory wrestling Odyssey Jones and Xyon Quinn. It wasn’t known at the time if he was signed with WWE or just receiving a tryout. However, following SmackDown in an interview on WWE’s social media, he would state his back in WWE, and he wants to show how much he has grown over the past decade.

Smith Jr. is the son of the late great British Bulldog and wrestled for WWE between 2006 and 2011, where he had tag team championship success alongside Tyson Kidd as part of The Hart Dynasty. Since then, he has competed internationally and had a long run teaming with AEW’s Lance Archer, with the duo winning New Japan’s IWGP and Noah’s GHC tag team championships. He recently appeared on WWE television, inducting his father into the WWE Hall of Fame, and since then, there have been rumors he was in talks with the company about returning.