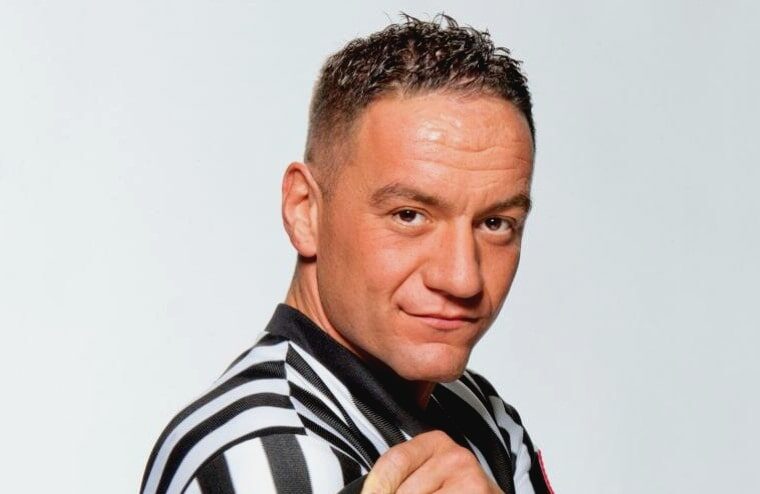 Two weeks ago, NXT referee Drake Wuertz was released by WWE. Before leaving the company, he made headlines after missing an NXT taping due to arguing against children wearing masks at a school board meeting. It’s also claimed he had heat, having refused to wear a mask himself, refusing to isolate despite being ordered to by WWE, using his WWE email address to organize activities for a conspiracy theory charity, and walking out of a speech given by Triple H about Black Lives Matter.

Now the former independent deathmatch wrestler has spoken to the 1GimmickWorld Podcast Network and told them that he was expecting his release and his heart was no longer in the job.

I was expecting it. My heart had not been in it for the past six months. It got to the point where I didn’t feel right about the atmosphere, and I was just coming to work for the paycheck. When it gets to that point, it’s time to step away. I went into work to go to Terry Taylor’s class and was called into the office. Canyon Ceman let me know I was being let go. It wasn’t surprising.

They let me go say goodbye to the coaches I was closest with, Terry Taylor and Matt Bloom. It was bittersweet because I spent more time there than I did with my own family. It wasn’t my performance. My performance never wavered, and the trust in the ring never wavered. I was frequently requested by top talent.Drake Wuertz

Wuertz had retired from the ring after signing with WWE in 2014. However is now accepting bookings and is returning to his Drake Younger name, which he used when wrestling for the likes of Pro Wrestling Guerrilla, Combat Zone Wrestling, and internationally for Big Japan. So far, he is only announced for one event; a benefit show alongside Low-Ki and Matt Morgan taking place in Florida.