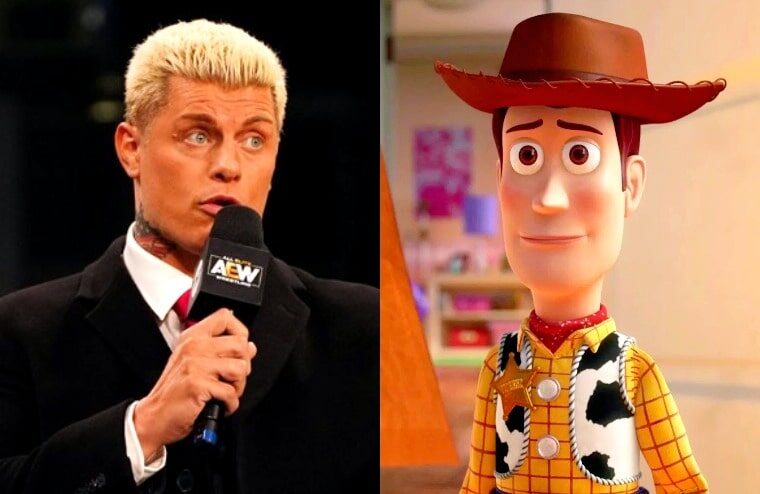 When AEW launched, Cody Rhodes was one of the promotion’s most loved stars, and he, along with Chris Jericho, were instrumental in helping establish the company in the eyes of fans. Now though, he is routinely booed when appearing, despite being a babyface. Exactly why fans have turned on him isn’t totally clear, although taking absences to work on other projects is likely an issue.

During an interview with Busted Open, he would address the adverse reactions and liken himself to Woody from Toy Story. Woody was Andy’s beloved toy in the initial movie, with a spot on his bed. However, once Buzz Lightyear came along, Woody was no longer the cool toy and lost his place as favorite. Seemingly this parallel would make Malakai Black, CM Punk, and Daniel Bryan the Space Ranger toy.

Okay, I will use a real modern-day example as everyone has seen the filmToy Story. So, Woody was having a hell of a time. He was getting played with every day. He was the best toy. But then Buzz Lightyear shows up. Woody gets thrown in the toy box. If you’re wondering how I feel, take a look at how Woody felt in the very first Toy Story because that, to a degree, has been my role lately.

Woody would go on to rejoin Andy before the end of the movie, regaining his love and affection, and Cody will be hoping that will be the same with him and AEW’s fans. With AEW recruiting so many big-name talents in recent months, it is understandable his popularity would wane. Although, the fact he is outright being booed has to be a concern. The logical solution would be to turn heel and embrace the adverse reaction. Nevertheless, Cody has repeatedly stated he has no intention to do that.