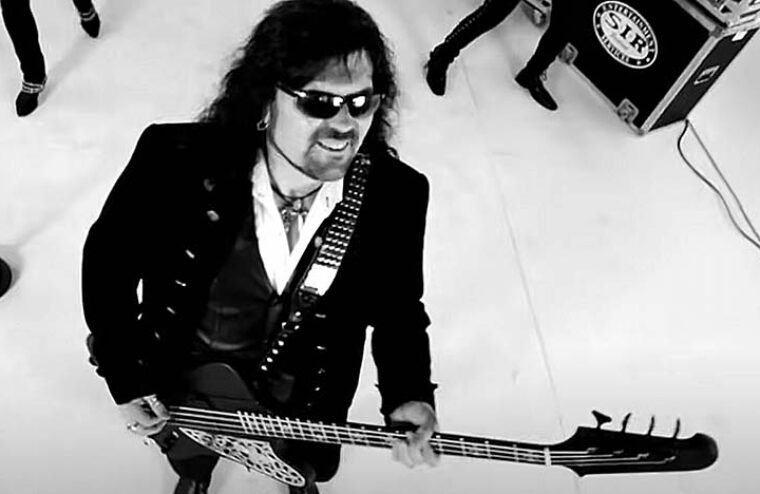 Bassist Michael Bloodgood, of Christian metal pioneers Bloodgood, passed away on Friday according to online reports. Bloodgood formed in 1984 in Seattle, Washington and became one of the biggest Christian metal bands in existence. They are credited with being a vital stepping stone towards what would become a massively successful genre in Christian rock.

“Dear Friends, It’s with a heavy heart we share that we lost our beloved, Michael Bloodgood on July 29, 2022 at 8:15am Central,” reads a tribute on the Official Michael Bloodgood Medical Relief Fund. “After a gallant fight that began with a severe hemorrhagic stroke in February 2022 he’s gone home to be with our Heavenly Father. We’ll cherish Michael’s generous spirit, off-beat sense of humor, and musical soul. His devotion to the Lord and sharing of the Gospel through his ministry as a pastor and musician touched countless lives. Our hearts go out to his family and friends during this unimaginable time. He is survived by his cherished wife of 46 years, Marilyn, three sons, and two grandchildren.”

Bloodgood’s sound was reminiscent of ‘80s glam metal bands, but their lyrics were distinctly Christian. The band’s flashy showmanship and stage show often drew the ire of the extreme Christian right, making them more in line with Stryper than some of their other Christian music contemporaries. Bloodgood was also a 2010 Inductee into the Christian Music Hall of Fame.

Chris Jericho posted: “God bless you #MichaelBloodgood….thanks for being a Christian metal pioneer and one of the greatest rock n roll evangelists of all time. Your work on Earth will never be forgotten and your reward in Heaven will be gigantic!! @bloodgoodband”

In February, just days before Bloodgood suffered a stroke, Jericho performed with the band on stage in Versailles, Ohio. The band also appeared on an episode of Talk Is Jericho in 2020 to discuss their career, their documentary, “Trenches of Rock,” and the stigma they faced as a Christian metal band.