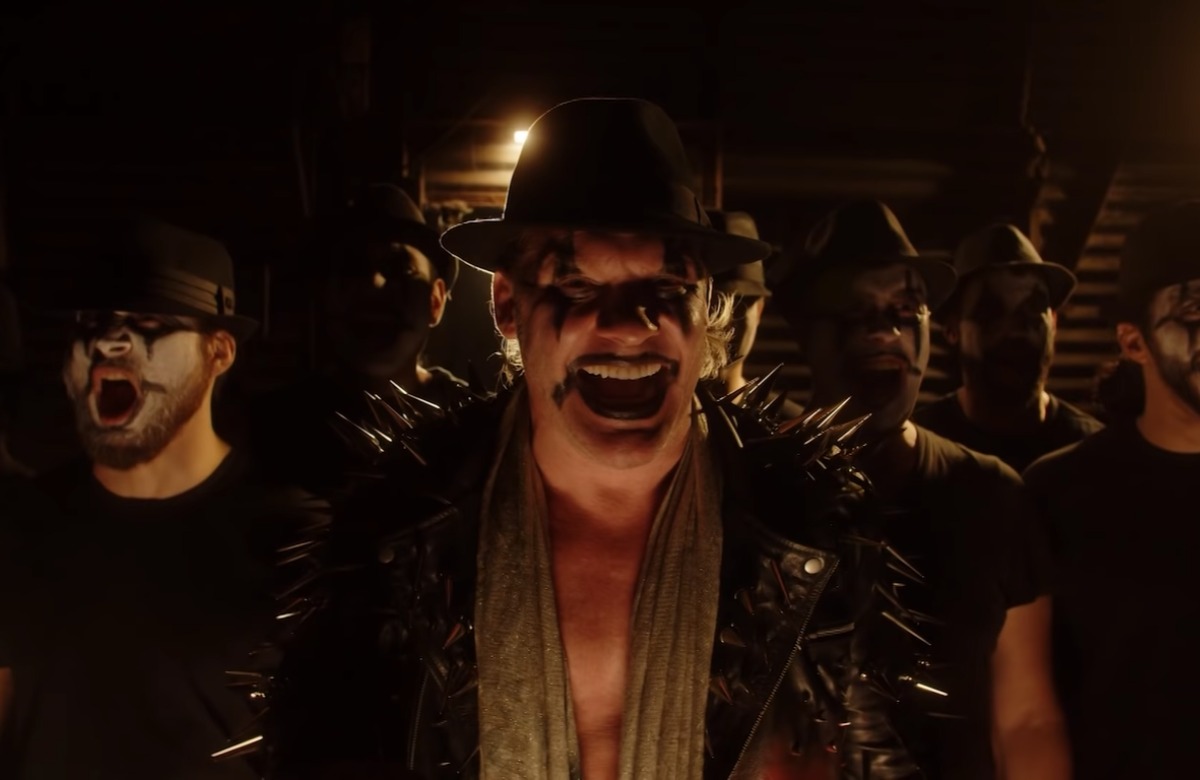 Chris Jericho’s alter ego, “The Painmaker,” is returning to New Japan to wrestle Hiroshi Tanahashi at Wrestle Kingdom 14 on January 5th, and the hype has now started.

A creepy video aired during New Japan Pro Wrestling’s World Tag League event showing Jericho in his Painmaker gear and makeup surrounded by a group of followers dressed like him.

Wrestle Kingdom 14 will air on NJPWworld.com, and you can watch the full promo video below building the match.