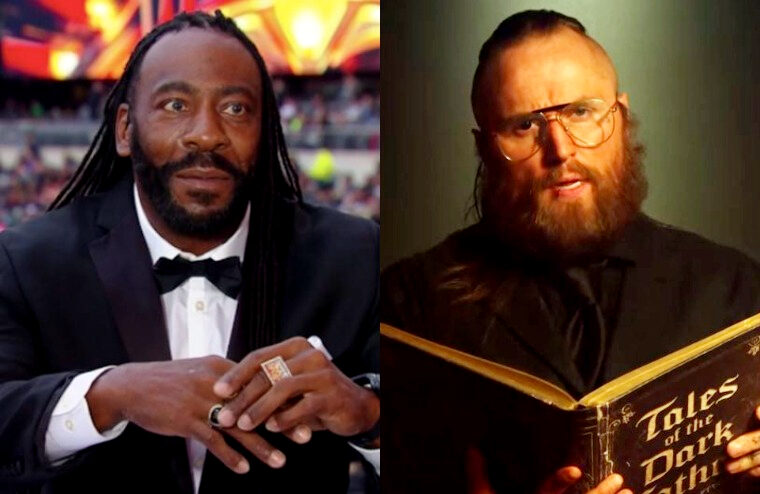 Aleister Black’s final WWE took place on October 12, 2020, where he lost a no disqualification match to Kevin Owens. Following that, he went on an extended hiatus, and as his wife Zelina Vega had been released on November 13, 2020, after she went against the companies third-party ban and later tweeted support for unionization, many thought he was borrowed time. It would later be reported he was training at the Performance Center for a potential return, and on the April 23, 2021, episode of SmackDown vignettes became promoting his return, leading up to him attacking Big E on the May 21 episode.

All looked to be going well for Black with him back on television, and working a program with one of WWE’s most popular babyfaces, however seemingly out of nowhere, he was released from the company due to budget cuts alongside Braun Strowman, Lana, Ruby Riott, Buddy Murphy, and Santana Garrett. While Strowman’s release was the most shocking, Black’s release also raised eyebrows. However, Booker T doesn’t seem to be among those shocked as speaking on his Hall Of Fame podcast, the WWE legend has stated that Black didn’t stand out from everyone else on the roster.

You can’t give a guy intro, give him a black gimmick, a dark robe, and go out there and become a star. You know, you put him on that thing [rising entrance platform], the thing is, it did look cool. But understand, you just can’t get that gimmick and think because of the smoke and mirrors, you’re going to go out there and get over..

Many fans on social media objected to Booker T’s take, noting that a guy with over 50 tattoos covering much of his body with an occultist gimmick that speaks like a Bond villain isn’t like anyone else currently on the roster. Additionally, it should be noted Black can only do what he is permitted by WWE, with everything going through writers and producers before making television. Now though, with Black soon able to resume his career outside the confines of WWE in September, he will have much more creative freedom both in terms of his character and in-ring repertoire.