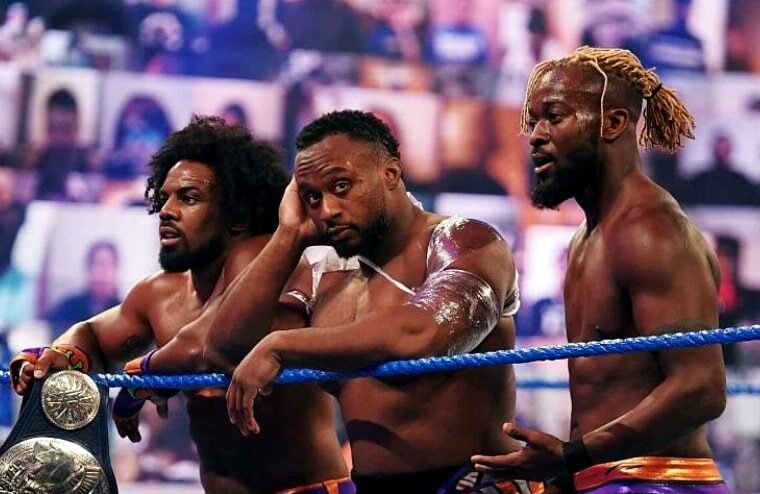 Kofi Kingston and Xavier Woods returned to SmackDown this week and won the SmackDown Tag Team Championships from Cesaro and Shinsuke Nakamura. After their victory, Stephanie McMahon would announce that the new champions would be moving to Raw, but Big E would be staying on SmackDown, effectively ending The New Day. Following the big announcement, all three members would appear on Talking Smack, and Big E spoke about how he was feeling.

It’s hard to put into words how much the last six years has meant to all of us. To think that could be gone, or paused, or on hiatus or whatever it is hurts. It hurts on a real level because as cliche as it might be to say, these are my brothers, but when I saw them today, man, I was moved.

Big E will get to wrestle one final match with Kingston and Woods as they will all team on next week’s SmackDown, taking on Cesaro, Nakamura, and Sheamus.