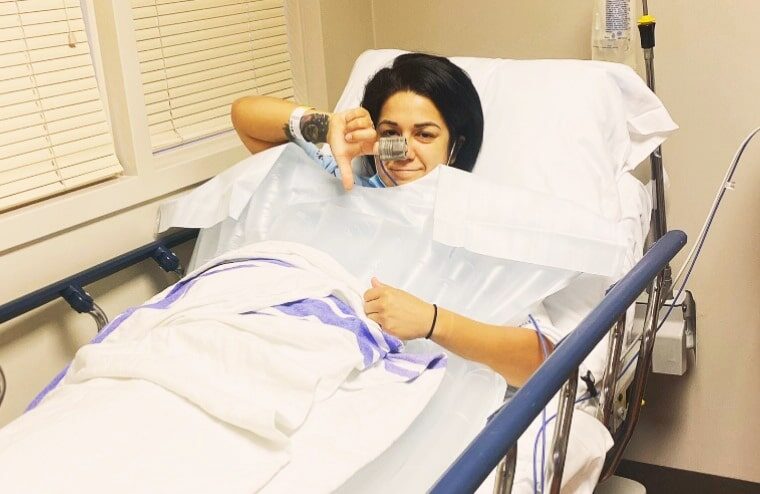 Last week it was announced by WWE that Bayley was injured and would be out of action for 9 months. At the time, the specifics around the injury she sustained were not revealed. Later though, it became known she tore her left ACL while training at the Performance Center. With WWE talent set to return to the road, all but the very top talent were instructed to spend time working out in preparation, which is when Bayley’s injury occurred.

Now the SmackDown star has shared on social media that, as expected, she was having surgery to repair the tissue which joins the thigh bone to the shin bone at the knee joint. While some patients recover simply through physical therapy, surgery is usually the chosen option to prevent further tears for someone as active as a pro wrestler. Given the timelines, it would seem most likely that Bayley will work towards an in-ring return in time for WrestleMania 38.

Bayley had been set to face SmackDown Women’s Champion Bianca Belair at this weekend’s Money In The Bank pay-per-view in an “I quit” match. With her being unable to compete, WWE has put Carmella in her spot. However, instead of facing off at Money In The Bank, the pair are wrestling on this week’s episode of SmackDown despite Belair being the main focus of the PPV’s poster.