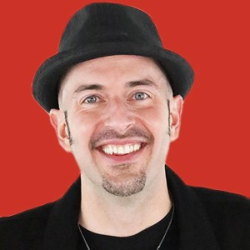 B.J. Lisko is a multiple-time Ohio Associated Press award-winning journalist and graphic designer from Youngstown, Ohio. Since 2014, Lisko has written for and designed the Ticket entertainment weekly section of The Canton Repository, and he has interviewed hundreds of musicians, comedians and professional wrestlers. He sings and plays guitar for rock band Turbo Lovers and knows more about AC/DC than any one man should know. 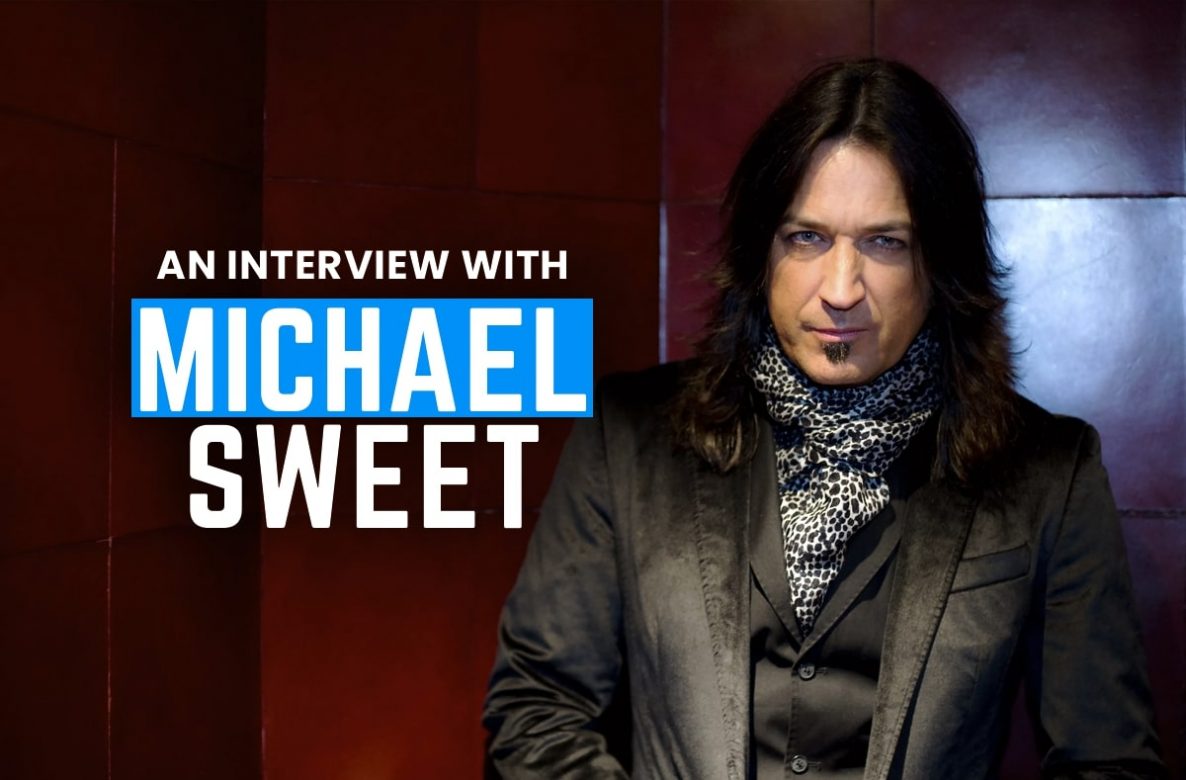 Describing the opening track from his latest studio album, “Ten,” Michael Sweet bristled with enthusiasm. At 56 years old, age hasn’t slowed the Stryper frontman. If anything, Father Time has given him a new shot of energy. Call it a second wind or the fountain of middle age — whatever it is, “Ten” is as rip-roaring of a record Sweet has ever done. It’s 12 tracks of melodic, uplifting and catchy heavy metal featuring diverse guitar work from a variety of guest players. The record is available now via Rat Pak Records.

“I felt like ‘Better Part of Me’ was the perfect out-of-the-box track,” Sweet said of the lead song. “I wanted to start the album with it and end it with ‘Son of Man.’ I’ve been describing them as bookends, and with those two songs where they are, you’ve got the perfect shelf. It’s important for me to start with a bang and end with a bang, and in the middle to keep everyone’s interest.”

According to Sweet, that’s the difficult part, and as he addressed it, his tone began to change.
“We live in a world, and its attention span has dwindled,” he continued. “You could hold people’s attention a lot more in the ’80s, but certainly in 2019, it’s almost impossible to hold people’s attention. It blows my mind every time I release an album, and it feels like within a week, it’s done.”

Sweet isn’t wrong. Sirius XM host and hard rock radio personality Eddie Trunk often laments that exact problem on his “Trunk Nation” show and podcast. Gone are the days of record labels working an album for multiple singles and months at a time. Simply put, the musical landscape just ain’t what it used to be.

“I hope I’m not right about that, but it feels that way,” Sweet said. “You can hear crickets the day after the release. That’s not with all bands, but with guys like myself, it’s almost impossible to keep it alive.”

Sweet continued with a laugh, “You just want to shake people and say, ‘I just released an album four days ago! Have you heard it?”

But what about the streaming release?

“To Hell with streaming!” Sweet said. “Go buy a copy, and hold it and smell it and feel it! I guess I’m a dinosaur. I’m 56 years old, and the first Stryper album was released in 1984. But the times have changed so dramatically that it’s a big bill to swallow and difficult to understand.”
Industry changes notwithstanding, the affable Sweet gave a candid and personable interview recently for Web Is Jericho talking about all things “Ten,” his songwriting process, the future of Stryper, and his many current projects.

Q. How did “Ten” come together?
A. “It’s pretty similar in terms of the process as my other records. I’ve been sitting down a few weeks before recording starts and writing the songs. It’s a song a day. It hasn’t really been difficult. It’s been a very simple process. I’m pushing the envelope by waiting that long up until two or three weeks prior to the start of recording, but that’s the way it’s been working for me lately. I think there’s something to be said for the actual pressure of being under the gun to deliver. It helps to make it happen.”

Q. Does it ever get challenging to choose what will be a solo song and what will be a Stryper song?
A. “That’s probably the most asked question lately. I get it. I think people are curious to know, but it’s a very simple answer: I don’t think about it. I don’t break it down. I don’t dissect it. I don’t separate the two. When I sit down to write a Stryper album, it’s not like I’m gonna say, ‘This has to be a Stryper album, and this is how we’re gonna do this.’ I just start writing. I’m in more of a heavy, hard rock/metal mode these days. So I’ll come up with a riff, and then I create a loop in easy drummer software that goes with that. Once I have that loop, I start building the entire drum track. As I build the drum track, I’m writing chord structure and verses and choruses and bridges and everything else based on that track. Once I’m at that stage where I have a completed song, that’s when I start working on lyrics. And that’s usually one to two hours. So a whole song is completed within a day.”

Q. How have you been able to successfully balance the music with the Christian message? You don’t have to be religious to enjoy this.
A. “I think if you’re an established artist and you’re releasing new music, it’s a waste to not have a strong message. If you’re 56 years old and you’re still singing about sex, drugs and rock ’n’ roll — wow. Something is wrong. I want to have music that helps people, encourages people and maybe might help change the world a little bit in a small way and make the world a little better. That’s important to me. Where do I go for that? The book that has all the answers and that’s the Bible, of course. At least in my opinion. That’s where songs like ‘Son of Man’ and ‘Better Part of Me,’ all these songs come from. They’re all based on unconditional love. It’s really important to me, but I also try to do it in a way that people who might not believe in God or have a faith in God can still relate, and not feel like they’re being beat up with the message and forced to believe one way or another. I never want to come across that way. It’s a fine line trying to reach everyone but not compromising the message.”

Q. “Ten” features a different guest star on every track. Talk a little about some of the contributions these players brought to the album.
A. “On the last album, I started working on guitar solos, and I realized very quickly that it was sounding more and more like a Stryper album. The more guitar Michael Sweet plays, the more it’s going to sound like a Stryper album. I didn’t want it to sound just like Stryper, so I brought in two guitar players — Joel Hoekstra and Ethan Brotsh — to help me take it to a different place. This time around, I decided to take that to a different level and bring in a different guest player on every song. I started reaching out to all of my friends and guys that inspired me as a guitar player. Guys like Andy James, Marzi Montazeri, Gus G. Jeff Loomis, Rich Ward of Fozzy, Tracii Guns, Joel and Ethan — they’re all my favorite players right now. I love collaborating with people, and being able to have them involved to help me achieve new heights, and at the same time I can showcase their abilities and their talents.”

Q. Talk a little about the title track.
A. “I named the album ‘Ten’ initially based on the fact that this is my tenth solo album. Then I wrote the lyrics to that song, and it’s based on the Ten Commandments. So there’s two very good reasons to name the album ‘Ten.’ That has the one and only Rich Ward of Fozzy. I don’t know if you’ve heard of Chris Jericho or not? (Laughs) Rich is so awesome, and he’s a good friend and such a sweet guy and an incredibly underrated guitar player.”

Q. One track that really stood out to me is “Shine.” It’s super catchy and has such a great guitar hook to it, too.
A. “It’s really interesting because each interview I do, and also with the fans online, I bite my hands with anticipation waiting to hear what song stands out for them, and it’s all over the map. You said, ‘Shine,’ and the next guy will say ‘Ricochet,’ and the next will say ‘Son of Man.’ That means the world to me that everyone seems to dig so many of the songs. ‘Shine’ is more of an old-school throwback and more of my style. I come from the Van Halen era, and they’re probably the most influential band to me in the world. That’s got a little more of that Van Halen energy. I love the feel of that song and the tempo and the lyric. It’s got this really positive lyric that makes people feel good, but it’s not preachy. It’s important for me to inspire people. I’m so tired of putting on a metal album and hearing about Satan. I’m so done with it. I don’t know if other people feel that way, but I do. I love taking a metal track and putting a lyric to it that isn’t what people might expect.”

Q. What’s the next year or so look like for you? You’re 56 and seem busier than ever.
A. “I am going to Australia to do a little solo, acoustic run there. Usually I do those kinds of shows only in the U.S., so to be able to go to Australia and do it is really a dream come true. The solo album just came out, and I am going to start writing for the new Stryper album sometime in November/early December. We start recording in January. And we’re gonna wrap up a Stryper acoustic album we started on that we never finished. We also started working on a Stryper documentary that should come out in a few years. I’m also gonna be working with Traci Guns on a project called SUNBOMB. Joel Hoekstra and I gave everybody a taste of what we’re gonna do on the two songs we did for “Ten,” and we’re gonna do a full-length together very soon. I’m already starting to work on ideas for the next solo album as well. I would say next year there will be a Stryper album, a Stryper acoustic album, and then in 2021, the SUMBOMB project and another solo album. I’m very busy and very excited and grateful for everything.”