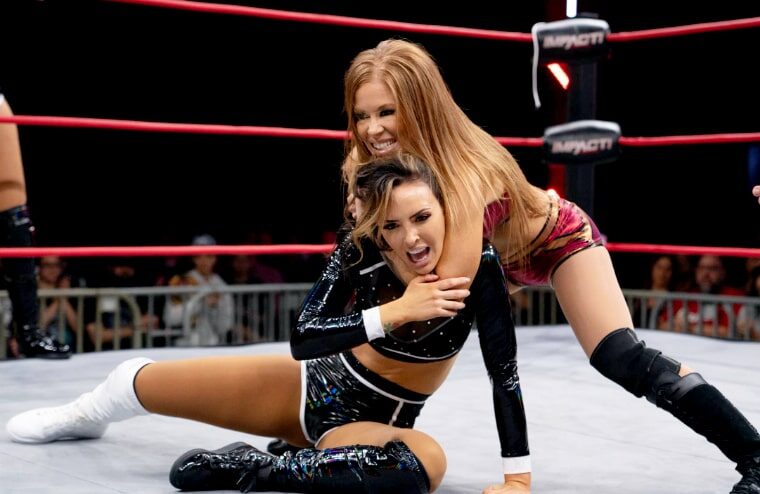 On Wednesday morning, AEW issued a press release announcing that a number of the current staff are to receive a promotion. With it confirmed that Sonjay Dutt will now be Vice President of Production and Creative Coordination, QT Marshall will be Vice President of Show and Creative Coordination, Pat Buck is Vice President of Talent Development, and Tony Schiavone has been made Senior Producer and Special Advisor to Talent. It is also noted that Christopher Daniels will keep his role as Manager of Talent Relations. Plus, it was announced that five-time TNA Knockouts Champion Madison Rayne is joining the company as a coach in the women’s division.

In recent months there have been multiple stories regarding talents finding it challenging to communicate with AEW management, especially regarding contracts expiring. Additionally, a lack of communication was reportedly a big part of why Jonathan Gresham blew up at Tony Khan and requested his release. AEW clearly recognized this was a problem, and these internal promotions should help resolve the issue, which can only be seen as positive.

With regards to Rayne, she is an interesting signing as it was believed she was with Impact Wrestling, having wrestled for them twice just last month. However, despite only being 36, she did previously retire from the ring in 2020, having worked on commentary before getting the urge to return just nine months later. Whether she will wrestle in AEW’s women’s division isn’t known, as it wasn’t mentioned in the release, although she certainly is talented enough.