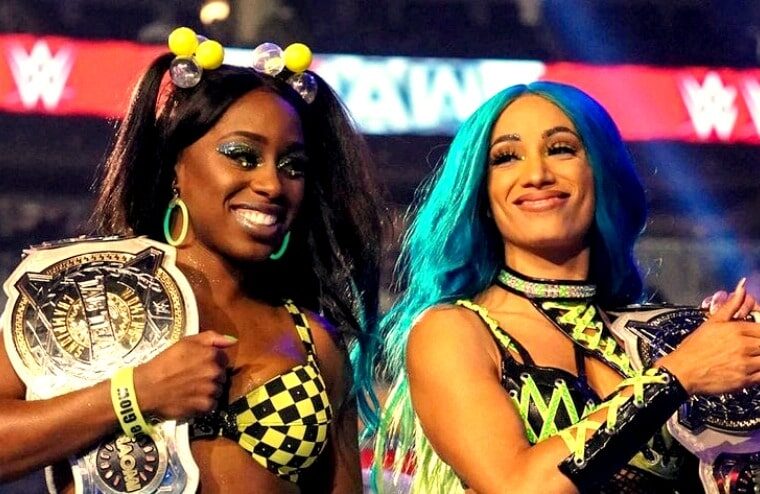 Monday night’s Raw was thrown into disarray when Sasha Banks and Naomi walked out due to being unhappy with creative. Subsequently, it has been reported that the duo has been taken off all live events until the end of July, and on SmackDown, Michael Cole would announce “they have been suspended indefinitely” and that there will be a “future tournament to crown the new WWE Women’s Tag Team Champions.” Now, indicating that their WWE careers genuinely hang in the balance, the pairs merchandise has been removed from WWEShop, which doesn’t even happen when WWE releases talents. Therefore it appears the company is doing this as a power play to limit their royalties.

There has been some talk among wrestling insiders that both women’s contracts are expiring this year, so given their suspensions, it’s possible neither will return to WWE television again. However, as Sasha Banks has mainstream fame due to featuring in the Disney+ series The Mandalorian and Noami is related through marriage to Roman Reigns, it seems doubtful WWE won’t at least try and resolve the issue before then. Nevertheless, WWE does hold significant power over both women, as the company can simply freeze the pair’s deals to ensure they can’t work elsewhere.