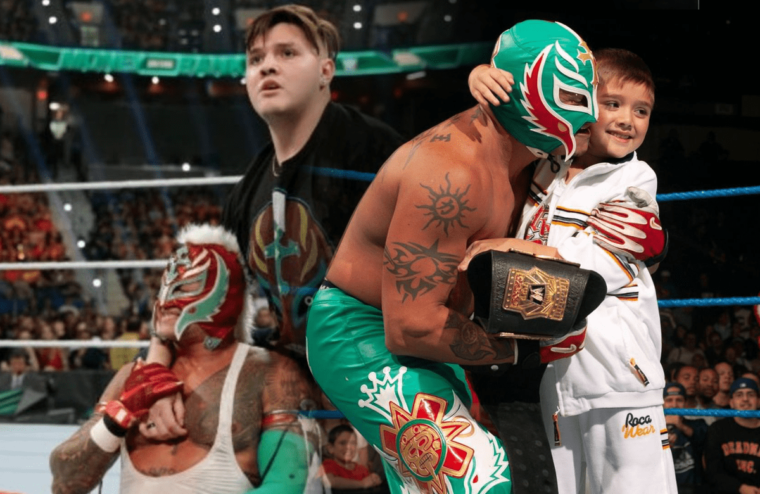 Many wrestling fans took notice when Dominic Gutierrez, the son of wrestling legend Rey Mysterio, began to make frequent appearances on WWE programming a couple of months ago.

Dave Meltzer’s Wrestling Observer Newsletter noted this week that WWE is was hoping that Gutierrez would play a part in his father’s on-air storyline, which recently includes Rey questioning his future in the WWE due to an uncharacteristic string of losses. This would be a perfect opportunity to enter into his father’s internal fray, but it seems as if WWE does not yet feel he is ring-ready at the moment.

It is known that Gutierrez recently trained at Lance Storm’s Storm Wrestling Academy (which Web is Jericho recently reported to be closing its doors soon). With Storm considered to be one of the most legitimate wrestling trainers in the world, one can assume that Rey made sure his son was put in the best position possible to hit the ground running.

Anyone remotely educated in storytelling could see that Rey’s recent in-ring nosedive leaves doors wide open for Dominic to play a part (as wrestling is the only reason Rey got custody of Dominic, after all). It is probably best to wait, however, until all parties are sure he is good to go in the ring with Rey’s name being so firmly attached.

When it is time for Gutierrez to debut, look for a possible feud between he and Samoa Joe considering Joe kickstarted Rey’s recent decline.